Clinch River Brewery holds ‘sort of’ regatta for a worthy cause 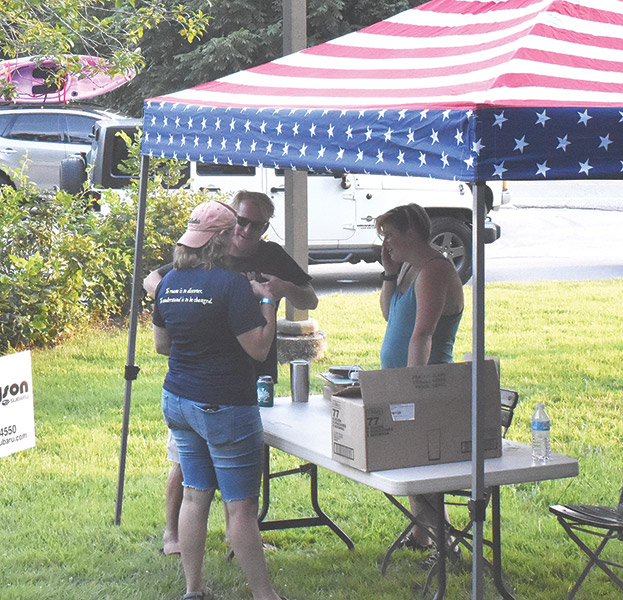 It wasn’t a regatta in the traditional sense in that there was no racing, at least not officially.

People floated from the state park down to Eagle Bend Fish Hatchery where they were picked up and shuttled back to the brewery by Knox Brew Tours, who volunteered their time and their unmistakeable bus for the day.

Healing Waters is a non-profit started in 2005 that, according to their website, serves wounded veterans by providing therapeutic outdoor recreation and rehabilitation through the sport of fly-fishing. They depend on donations and volunteers to accomplish their goals and help the people they do, which is why events like the regatta are so important to them.

Some provided offerings from their own lineup, and some collaborated with Clinch River to make unique offerings for the event.

The day was hot, almost 90 degrees, and even beside the river, the humidity was miserable. Nestled in the shade behind the brewery, though, it was almost bearable, and the tables were set up.

Different contributors brought different food, and they made it all night long. Korean pork tacos, seasoned chicken legs, pork sliders, grilled cheeses, shrimp and grits, all of it mingled pleasantly with the smell of beer and the smell of cool water that always pervades the valley beneath the dam.

As more and more floaters returned from the river, the brewery filled up with sound and laughter. Steph Cabell and Captain Redbeard filled the beer garden with music and the sun slowly relented.

The warm glow that follows full bellies and lowered inhibitions crept across the people and overhead, the fairy lights strung overtop the beer garden came to life.

Miguel Sanchez, a volunteer for the event and a recent transplant from California, said he was really impressed with the event.

When asked what was the biggest difference between East Tennessee and California, he responded, “Friendlier, definitely.”

“It’s got a nice home feeling. The setting is just so natural and outdoorsy. It’s really different [from California]. Totally different vibe.”

“They were great. They talked to us, they were interactive, it was great!”