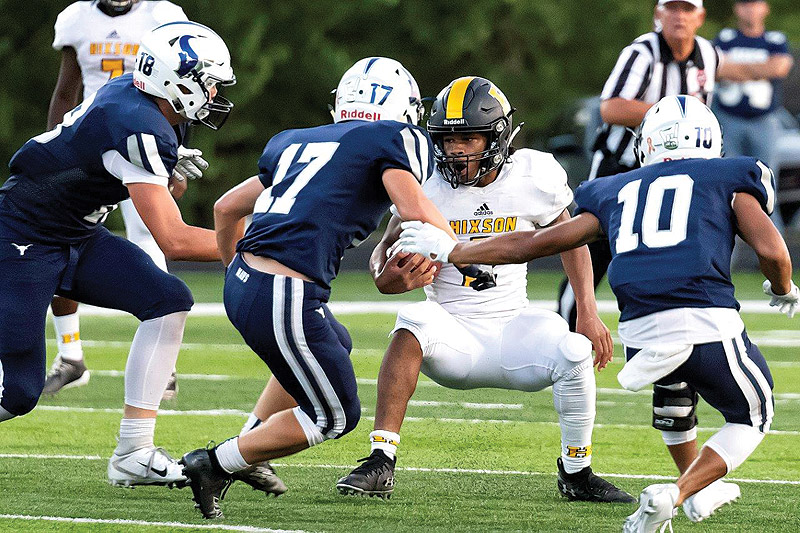 Clinton will face off against the Meigs County Tigers, who are 3-0. Meigs is a 2A school, currently ranked 86th in the state.

Last year the Tigers went 13-1, going undefeated until their loss to Trousdale in the playoffs.

Clinton went 4-7, although there is something to be said for Clinton’s strength of schedule against the Tigers.

Clinton plays West, Oak Ridge, Powell, and Fulton, some of the strongest teams in the state.

Clinton has a young team and is still rebuilding their program under Coach McKamey, but the game should still be interesting and competitive.

Anderson County hosts the South-Doyle Cherokees this week, one of the top schools in the state. South-Doyle stands undefeated this year, scoring a whopping 123 combined points in their last two games.

Their opponents, together, scored 24.

Coach Davey Gillum said he’s confident going up against such a strong opponent.

“I feel good. We’re playing well right now. We still have some inexperience we’re playing through, but every week we’re playing better and that’s all you can hope for really.

“Play a little better, play a little harder. They’re a good team, but it should be a really competitive game.”

South Doyle running back Elijah Cummings recently signed with the University of Missouri Tigers, and Gillum addressed that.

“They have maybe the top athlete in the state at the moment, and depending on how well we tackle will probably determine the outcome of the game.”

Gillum also said he’s proud of how his team is improving and excited to see how their game against Powell, another top Tennessee school, helped them fix some mistakes and address their issues.

“The boys are playing well. We’ve got a good chance. We played Powell, maybe the number 1 5A team in the state, and we could have won that game if we hadn’t run out of steam.

“Now we’re playing the other big 5A team and we’ll get to see how well we’ve corrected our mistakes and things and hopefully really make a statement for this young team.”