Memorial Day: To those we’ve lost 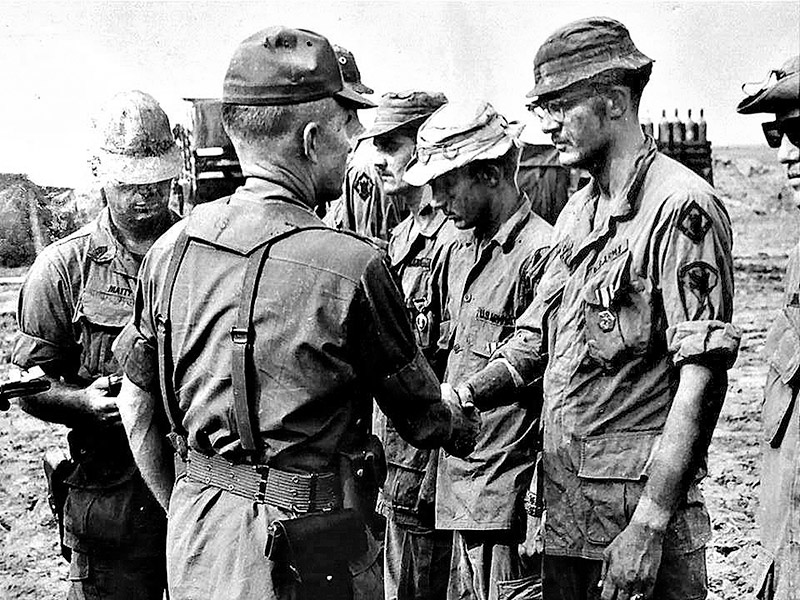 I don’t remember her exact words. It was one of the conversations I had with her while she was going through numerous treatments for the cancer that would eventually take her from me and my brothers.

During those days (weeks, months) we would sit and talk; or she would sleep and I would read and wait for her to wake up — we both knew, despite our loudest protestations and most optimistic predictions, we had limited time together.

On the days she felt like it she talked. She told me stories about the family, about her growing up, about her relationship with her siblings (my favorite aunts and uncles) and what she hoped her sons would become.

I learned a lot during that time frame — about my mother and my family.

She was brutally honest with me, too.

I think that is the one thing about … “Knowing.” I guess you don’t feel like you have the time to sugar coat things. That’s my theory, anyway.

So, one day we were talking and the subject came to her siblings and she commented on how, as a kid, I worshipped my uncle Fred — how I used to follow him everywhere and always, always, always wanted to know what was Fred eating, what was Fred wearing, what was that music Fred was listening to, and can I go fishing with Fred, can I go camping with Fred, please oh please oh please can I spend the night at Uncle Fred’s house, and why can’t I go with Fred when he goes on that date thing with that girl?

There is a lot of history — family history — that involves Fred. I’d need a lot more space than I have here to pass it on, but in all of that family history … If it were a movie, he’d always (and I mean, ALWAYS) have the role of the hero.

On that birthday he must have spent $200 on military models. And that was when $200 meant something. I had those things for years, until my parents’ house burned in 1984 or so.

Of course, I digress. I apologize.

So, this was part of our conversation. See, even though Fred was still “Uncle Fred” when he finished his time — his first tour — in Vietnam, he wasn’t the same.

And I said something like, “I guess since he didn’t go to college he was bound to get drafted.”

But he wasn’t drafted, my mother said. He volunteered.

And when I asked why, that’s what she told me.

Maybe not for his first tour, she said. Fred wouldn’t have gone to college. He didn’t have the grades, didn’t really have the desire. He wanted to get a job, get a house with a white picket fence, raise a family. He figured he’d get drafted, so he just got it out of the way.

But for his second tour — I don’t think Fred came back the same after his first tour — he had a stronger pull on his heart. And I don’t believe (as much as I would like to) it was me he didn’t want to have to serve during a war.

It was for all of us.

Vietnam took my uncle. Stole him. And I think he knew that and I think he didn’t want any future generations stolen from their families.

It wasn’t until his funeral in January 2018 that I heard he served three tours in Vietnam.

At least, the pastor — who was part of a veterans’ support group — said. None of us knew this because ... It was never part of Fred’s conversation.

My Uncle Fred married a young lady from Kentucky. Her name was Judy and she calmed him. She died in 2013. They raised three children — my cousins — who grew up to become solid people; good people; decent people with all of Fred and Judy’s best traits.

This Memorial Day weekend we’ll honor those we lost in active military service, as we, a grateful nation, should.

But some do come home. Yet, we have still lost them.