And the appointment goes to ... 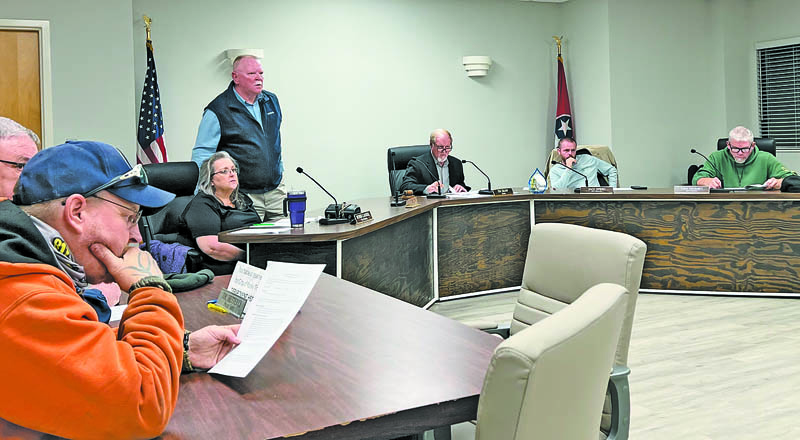 Sharp’s motion to appoint Dawson was seconded by outgoing Councilwoman Denise Casteel, and was approved 4-0 by the remaining council members.

Dawson, who works for the Anderson County Sheriff’s Office, was unsuccessful in his bid for one of two available council seats in the Nov. 8 election.

Out of the five people running for the two council seats, two candidates aligned with Templin – Jeff Gilliam, with 227 votes, and Mack Bunch, with 210 votes – defeated the two incumbents, Casteel and Tony Devaney, and Dawson. Casteel came in third, with 76 votes, while Dawson was fourth with 45. Devaney polled fifth, with 39 votes.

November 23, 2022 by Pete Gawda Special to The Courier News

“The squeaky wheel gets the grease.”

That was proved at Monday night’s meeting of the Anderson County Commission when a number of citizens spoke against a proposed zoning change at 140 Stardust Lane in Andersonville.

The proposed change from A-2 (Rural-Residential District) to A-1 (Agricultural-Forestry District) would have allowed the property owner to construct RV sites on the land.

Several residents stated that the area was residential and not suitable for RV camping. They feared increased traffic and decreased property values, and noted that there were several nearby campgrounds. The commission sided with the objectors and denied the request. Commissioner Shelly Vandagriff said she had received over 30 emails and none were in favor of the proposed zoning.

Just about a month after the new Norris city manager started to work, the Norris City Council has decided to bring in an assistant city manager to help him with his duties, a first for the city.

During its monthly meeting Nov. 14, the City Council voted to create the position of assistant city manager, and gave new City Manager Adam Ledford the authority to advertise for and select the candidate for the position.

After making his selection, Ledford will bring an employment contract to the council for approval, but the council will vote only on the terms of the contract, not on the person Ledford has chosen for the job, according to rules the council set up at the Nov. 14 meeting.

With benefits added to that, the council expects to position to cost the city up to $100,000 a year.

With the city manager’s salary of $110,000 plus benefits already totaling around $130,000 annually, adding an assistant city manager would result in a total cost of about $141 per person each year for the city to employ both executives, based on the city’s 2020 population of 1,629.