Briceville students are shown where reading can take them 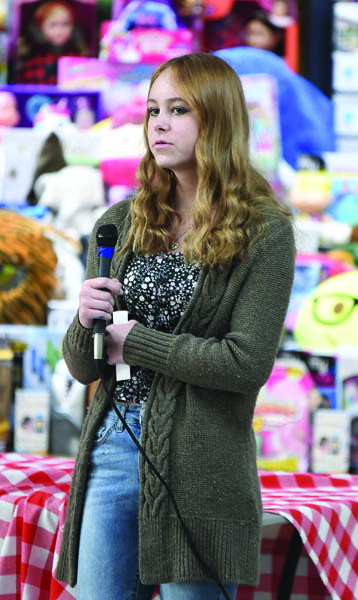 Briceville Elementary School graduate Rebecca Lyons, a freshman at Anderson County High School, related what Engineering Better Readers meant to her when she attended the school and how much the program enhanced her appreciation of education. - Ken Leinart

You could try to describe it with words like “exciting” and “explosive,” but you’d fail. You can’t describe what “Engineering Better Readers” really brings to the students at Briceville Elementary School. “We, literally, are bribing kids to read,” Carol Moore of the Coal Creek Watershed Foundation said. “Whatever it takes to open that door for them.” And that’s what it takes sometimes — an incentive other than a letter grade or a pat on the back. It takes a reminder of where you are from and a reminder that you are important. And it takes a little fun. It’s earning (prizes) and learning. This is not a “one-off.” It is not a gimmick to raise test scores. It’s not a gimmick to get kids to open a comic book and say they know about Batman. Students read books and pass a comprehension test with their teacher to earn points to “purchase” prizes. For an hour at the Briceville school Jan. 19, students were told that traveling to distant and exotic shores is only a page away. 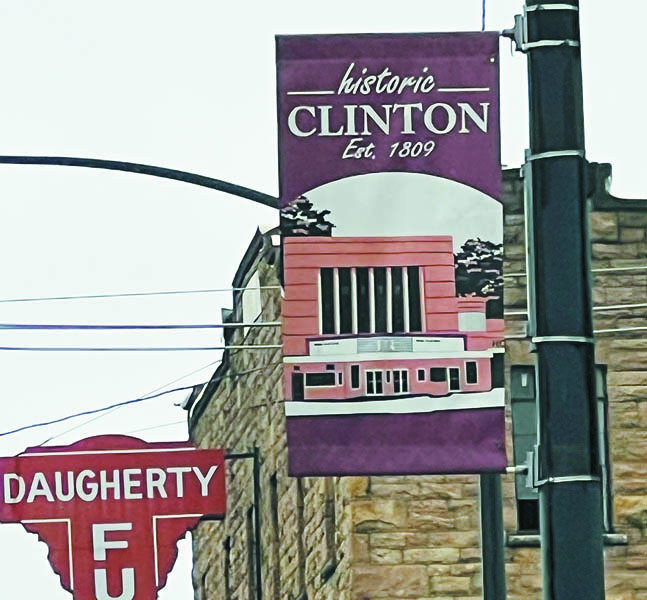 Historic Downtown Clinton has received yet another state grant for continued development of the shopping district. - G. Chambers Williams III

The Historic Downtown Clinton organization has received a $25,000 grant from the state of Tennessee to “support and train current local food and beverage entities in the downtown district and recruit new food and beverage establishments to the downtown area,” according to an announcement. Called an Entrepreneurship Fund Grant, the money comes from the Tennessee Department of Economic and Community Development. “Historic Downtown Clinton is working to create new amenities and services to advance our downtown revitalization efforts and increase economic development in our downtown business district,” the release said. “In 2022, our Main Street organization has seen growing interest in establishing food and beverage businesses in downtown Clinton through our Tasty Tuesday Food Truck Rally events and other pop-up offerings that we have coordinated,” said program director Katherine Birkbeck.

Anderson County Mayor Terry Frank said Tuesday that she has agreed to “help facilitate a meeting” between the Tennessee Department of Transportation and government officials from Rocky Top and Anderson County over TDOT’s plans for a new storage and maintenance facility just off Interstate 75, Exit 128. Both the Rocky Top City Council and the Anderson County Commission in January passed resolutions opposing TDOT’s location of the nearly $2.6 million facility along Cobb Hollow Road – but nearly two years after the state announced its plans for the 8.86-acre site. The state bought the property in September 2021 with plans to build the facility, and there had been no hints of opposition until after a new mayor, Kerry Templin, took office in Rocky Top in December. Templin first brought his opposition to the project to the County Commission’s Operations Committee in mid-January, and then to the full commission on Jan. 16, where a resolution Templin submitted to the county passed on a narrow 8-6 vote. On Jan. 19, Templin brought up the resolution in the regular Rocky Top City Council meeting, where it passed by a 4-1 vote.

The new Dollar General Market planned for the space of the former Shop-Rite supermarket at 108 Creek St. in Rocky Top should open sometime this spring, Dollar General Corp. confirmed last week. “DG is now currently under construction on a new location at Creek Street in Rocky Top, Tennessee,” the company said in an email to The Courier News. “At this time, a store opening is slated for spring 2023, but understand that construction progress may alter this date. “The store will employ approximately six to 10 employees, depending on the individual needs of the store,” the message said. “Anyone interested in joining one of America’s fastest-growing retailers with competitive wages and benefits, world-class training and development and the ability to further their career through our growing organization may apply for available positions online at www.dollargeneral.com/careers.” Rocky Top City Manager Michael Foster updated the City Council on Dollar General’s progress on the new store during the council’s January meeting, saying he had been told the store could open as early as March.

On behalf of the ‘small, but vocal’  Read More

MLK Day in county was honored by many  Read More

Clinton wrestling is peaking at the right time  Read More

Lady Mavs are still in the mix  Read More

Wildcats in the midst of five-game win-streak  Read More

Briceville students are shown where reading can take them  Read More

Faces at the Fair  View