Thomas Tolliver Triplett, 72, passed away Tuesday, Jan. 25, 2022 at Methodist Medical Center of Oak Ridge. Thomas had been a member of Island Home Baptist Church since 2014. He enjoyed hunting, fishing, going on nature walks, and his fur baby, Max. He was preceded in death by: Parents, Glen and Bertha Triplett; and wife, Martha Triplett. Thomas is survived by: Brothers, Joe Triplett of Mountain City, Jack Triplett and Patsy of Abington, Va.; sisters, Betty Greene of Vilas, N.C., Mary Moody of Vilas, N.C.; stepdaughter, Mary ‘Sheila’ Cox of Clinton; nieces, Jane Greene, Kristy Goforth, and Missy Yates. He is also survived by his special friend, Jerry Stevens of Knoxville, along with a host of other relatives and friends. The family will receive friends in the Chapel of Jones Mortuary from 11 a.m. – 1 p.m. Tuesday, Feb. 1, 2022. The memorial service will begin at 1:00 p.m. with Pastor Dennis Galloway officiating. Interment will follow directly after memorial service at Oak Ridge Memorial Gardens. Jones Mortuary, LLC. in Clinton is in charge of arrangements. 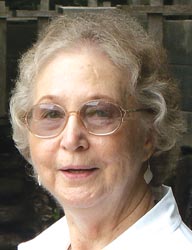 Dorothy Pauline Duncan, 87, is breathing easier now. Born to Mary Nell Braden Walker Aug. 5, 1934, Mom was freed from this world Jan. 24, 2022. Mom never smoked, but developed interstitial lung disease that progressed in her later years. Despite that, she never complained and always looked forward to being with her family, whom she dearly loved. Mom and Owen Lendle began 63 years of marriage Dec. 4, 1950, after meeting at a church all-day singing in Oliver Springs. A horrendous car crash five years later claimed the lives of their infant daughter, Jeannie, a first cousin, his wife and their four children. That terrible Thanksgiving Day left a lifetime of indelible memories and physical trauma. But as a born-again Christian, Mom was always confident she would be reunited with those she lost that day. She was a member of Second Baptist Church, Clinton, and a lifelong student who looked at the world as her classroom. Above all, Mom had a passion for helping those around her. Had she been born more recently she would have been a skillful engineer. Instead, Mom used her talents as a “Calutron Girl” at Y-12, a switchboard operator for BellSouth and a circuit board solderer for ORTEC before becoming a Licensed Practical Nurse. But she was proudest of her work as wife, mother, grandmother and good friend. Mom was “Dorothy P.” to her husband, Owen Lendle (deceased); “Mom” to her children, Jeannie (deceased), Terry Duncan Hill (deceased) and Kevin (Rebecca) Duncan; “Mimi” to her grandchildren, Christopher (Karen) Beatty, Ashley (Shaun) Salem; and great-grandchildren, Alex, Eli, Andy, Lydia, Emmy and Wesley; “Aunt Dotty” to favorite niece, Lesa (Terry) Copeland; and nephews, Mike (Miki) Duncan and Brian Shultz (deceased); and “Dotty” to her brother and sister-in-law Lanford (deceased) and Thelma Duncan; sister-in-law, LaVada Duncan; and brother and sister-in-law, Paul and LaVanca Shultz (both deceased). Mom’s memory will endure with cousins, Shirley (Henry) Brock, Juanita (Junior) Rouse and Jack (Bonnie) Chaves; special friends, June Dotson, Barbara Hensley, Pearl Holcomb, Johnanna Sprague and Annette Wright; a multitude of friends, numerous cousins and the staff and people of the Clinton Senior Center. Mom warmed so many family members, friends and acquaintances during her lifetime that her imprint will always be on the people she touched. We are comforted knowing Mom no longer is in pain, but now rejoices with and rests in the Lord. Family will receive friends from 5-7 p.m. Thursday, Jan. 27, 2022, at Jones Mortuary in Clinton with service immediately following at 7 p.m. The Rev. Mike Thompson of Second Baptist Church will be officiating. Graveside service and interment will be at 2 p.m. Friday, Jan. 28, 2022, at Sulphur Springs Cemetery/Dutch Valley United Methodist Church. Jones Mortuary in Clinton is in charge of all arrangements. 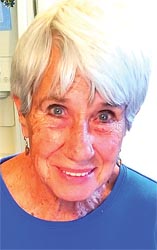 Jean Young, 88, Clinton, went home peacefully to be with her Lord and Savior at her residence Sunday, Jan. 23, 2022. Se was a loving wife and wonderful mother who will be deeply missed by all. A woman who loved life and treasured all of God’s creation, her beautiful heart could find good in everything. She was preceded in death by: Loving husband of 60 years, Albert Young; son, David Young; and grandson, Douglas Young. She leaves behind: Loving daughters, Mary Ann Young and Susan Young Ross; as well as her son-in-law, Lester Ross; and daughter-in-law, Carol Young; along with grandchildren and great-grandchildren. The immediate family will be honoring their mother’s life with an intimate and private service per her wishes. holleygamble.com

Hans Jochum Meininger, 90, passed away at Select Speciality Hospital in Powell Friday, Jan. 21, 2022. Hans enjoyed working and travelling with his family to Hawaii. He was preceded in death by his parents and his wife, Delores Marie Meininger. Hans is survived by: Sons, Peter Meininger and Robert Meininger; along with his daughter, Loretta Meininger. Interment will be at Elm Lawn Memorial Park in Elmhurst, Ill., at 10 a.m. Wednesday, Jan. 26, 2022. Jones Mortuary, LLC. in Clinton is in charge of arrangements. 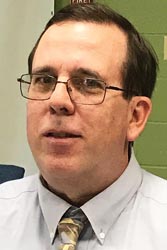 Leslie William Huffman, Knoxville, 61, passed away Wednesday, Jan. 19, 2022, at Cumberland Village in LaFollette. Les loved his family, his music and his work in hspitality. He grew up in a family of six as the second son of a school teacher in Trotwood, Ohio. There he lived and went to school, and played the trumpet and French horn in Trotwood Madison Highschool Marching Band and jazz band, and in college at the University of Dayton. He moved to Redondo Beach, Cali., where he worked 20-plus years for Marriott Hotel. In 2008 he moved to Knoxville to live near his sister and family and continued his hospitality career. In 2015 he completed his bachelor's degree with the University of Phoenix. In his late years he often attended First Apostolic Church with his sister and family. Leslie was preceded in death by his parents, Thomas Crane Huffman and Sylvia Lurline Newbolt Huffman Roberts. He is survived by: Sister, Karen Conley and husband Jeff of Powell; brothers, Thomas Dwight Huffman and wife Lisa of Utah, and Kevin Roy Huffman and wife Marcia of Virginia. He also is survived by: Four nephews, Zachary and Jacob Huffman, Benjamin and Phillip Conley; and three nieces, Bonnie and Courtney Huffman and Sarah Conley. In addition, there are eight grand-nephews and nieces, and family who loved him and will miss him dearly. The family will receive friends from 1 – 2 p.m. Saturday, Feb. 5, 2022, at First Apostolic Church in Knoxville. A memorial service will begin at 2 p.m. with Pastor McCool officiating. Jones Mortuary, LLC. in Clinton is in charge of arrangements. 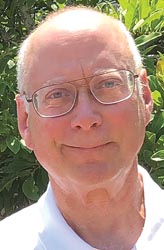 John Marshall Miller, Clinton, passed away at his home Jan. 19, 2022, surrounded by his family. Mr. Miller (Johnny or Big John to close friends and family) was born Nov. 4, 1953, to Worth Marcellus “W.M.” and Mildred “Millie” Miller (Foust). Mr. Miller was a native resident of Clinton and a 1971 graduate of Clinton High School. He attended Tennessee Technological University after high school until he and his high school sweetheart, Judy Farr, were married in 1973. Mr. Miller began working in the family grocery business that was originally started by his great-grandfather, J.W. Hill, and carried on with his own parents when they opened Miller’s Foodliner in 1966. Mr. Miller continued working at his parents’ store until 1983, when he began working for Ingles Markets where he had a successful career in store management at various stores in the East Tennessee area. He retired from Ingles in 2006 after 23 years of service. During the 1980s, Mr. Miller began working a side job with one of his long-time friends who owned a plumbing business and taught him the ropes of plumbing. Over time, John became a master plumber himself, opening a plumbing business, PipeWorks Plumbing. This area of expertise later proved useful after he retired from Ingles and began working for The Home Depot where he supervised the Plumbing Department at the Clinton Highway location until his death. Mr. Miller has always been an avid golfer enjoying weekend adventures and golf trips with his own father and friends. He also took credit for teaching his son-in-law how to golf. He always enjoyed watching his kids’ activities when they were growing up and going to the movies with his wife. Once he had grandkids, he became an expert at playdough creations, playing horse, watching made-up dances and soccer videos, hosting Camp Grandma and Grandpa, and anything else they asked him to do. Mr. Miller is survived by: Wife of almost 49 years, Judy Farr Miller; children, Brandy Vachtsevanos (Chris) and William Miller; and grandchildren, Ellie and Sophia Vachtsevanos. There are many other family members and dear friends who will treasure their memories and time with John. The family wishes to thank NHC HealthCare in Oak Ridge, Amedisys Hospice, and all our friends and family that have supported us throughout this journey. In lieu of flowers, memorials can be made to the Michael J. Fox Foundation for Parkinson’s Research (michaeljfox.org). One of John’s greatest hopes was that a cure for Parkinson’s Disease is developed in the (hopefully, not too distant) future. Holley-Gamble Funeral Home in Clinton is handling all the arrangements (holleygamble.com). The family will hold a private celebration of life at a future date.

Rickey Lynn Moore, 68, passed away at Pineville Community Health Center in Pineville, Ky, Sunday, Jan. 16, 2022. Rickey loved his family dearly, especially his children, grandchildren, and great-grandchildren. He enjoyed going fishing and bowling, playing games on his phone, and going to bingo with his close cousin, Bill Barlow. Rickey also loved his job as an Anderson County bus driver, and he loved is coworkers at Parker Transport. He was a member of Black Oak Baptist Church in Clinton, and had many friends who he treated like family Rickey was preceded in death by: Parents, Ernie and Evelyn Moore; and great-granddaughter, Addalynn. He is survived by: Loving wife of 20 years, Tammy Moore; children, James Moore of Louisville, Ky., Richard Moore Sr. (Joyce) of Knoxville, Terry Taylor (Cassie) of New Market, Theresa Taylor (Amanda) of Harriman; grandchildren, Richard Jr., Christina (Alex), Dedjrikk, Madoxx, Clementine, Luna; great-granddaughter, Cheryl; brothers, Gene Moore and Phillip Moore; sister, June Moore Meffert (John) of Shepherdville, Ky.; and best friend who he considered a brother, John Brown of Irvin, Ky. In lieu of flowers the family has asked for donations to Jones Mortuary for help with funeral costs. The family will receive friends from 6 – 8 p.m. Friday, Jan. 21, 2022, with the funeral to follow. Rickey will be laid to rest at Pleasant View Cemetery at 11 a.m. Saturday, Jan. 22, 2022, at Jones Mortuary, LLC of Clinton, is in charge of arrangements.

Ruby Mae McCartt, 74, Akron, Ohio, passed away Jan. 14, 2022. Ruby was born in Tennessee June 27, 1947, to Callaway and Ollie (Reynolds) Byrge. She was a longtime waitress at Ponderosa. She enjoyed going bowling, and playing bingo. Ruby loved cooking for her family and friends and spending time with her grandchildren. Ruby was very proud of the City of Akron Beautification Awards she received for her flower gardens. She was preceded in death by: Parents; husband, Robert McCartt; sisters, Mary, Ellen and Joyce; and brothers, Jimmy, B.L., Ike, and Early. Ruby will be deeply missed by: Children, Barbara (Robert) Seibert, and David (Krista) McCartt; grandchildren, Jessica, Caelan, Samantha, Benjamin (Jessica), and Geena; great-grandchildren, Joseph, Arabellah, and Bren-lee; siblings, Arnold, and Gladys; great-aunt, Irene; as well as many nieces, nephews, and cousins. Friends and family may come to call from 11 a.m. - noon Thursday, Jan. 27, 2022, at Newcomer Funeral Home in Akron, Ohio. A funeral service will follow at noon. Interment at Ohio Western Reserve National Cemetery.