Martha Ann Massey, 65, Knoxville, passed away suddenly Sunday, June 19, 2022. “A wife, a mother, and mamaw too, a legacy of love we have from you.” She was preceded in death by: Father, James Wilson; mother, Betty Wilson; siblings, James Wilson, Robert Wilson, and Susie McNabb. Survived by: Husband, Herman “Danny” Massey; sons “Rick” Huggins, Quentin Huggins, “Paul” Massey; and daughter, Amber Wagers. Martha was a woman with the biggest heart who’s love knew no boundaries. She proved that families don’t have to match and that they are not defined by looks or last names. She was a gospel loving Christian woman who loved soap operas, candy, and cats. However, no-one mistook her sweetness for weakness. A very tall woman who always wore short hair because bold was beautiful on her. No matter what time of day, we could always depend on her to answer the phone, even though most of us took those phone calls for granted. Even on the hard days she loved her family even harder. The Family plans to hold a celebration of life in her hometown of Chattanooga, July 9, 2022. May she Rest In Peace. 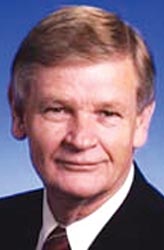 Mack Cook, 97, Unicoi, passed away Friday June 17, 2022, at Sacred Ground Hospice House in Knoxville. He loved old cars, especially Fords. Before discovering his love for the building industry, Mack was in the sawmill business. Later he started Cook Brothers Building Company with his family. They all joked, “He was the brains of the operation.” Mack was of the Apostolic faith. He is remembered as a kind, loving, and very giving person. Mack was preceded in death by: Parents, the Rev. Charlie Roosevelt Cook and wife Carrie Estella Gouge Cook; first wife, Cora Evelyn Newton Cook; second wife, Barbara Scott Cook. He also was preceded in death by his only son, Warrant officer Donald Richard Cook, (KIA) Vietnam 1970; brother, the Rev. Dallas Cook and his wife Mabel; sisters, Argie Lee Rachel Williams; and brother–in–law, Garner Williams. Mack is survived by: Sister, Betty McCool and her husband Bishop Billy D. McCool; several nieces, nephews; and a host of other relatives and friends. The Cook family welcomes friends to join them at Appalachian Funeral Home, 800 E Watauga Ave., Johnson City, Tuesday, June 21, 2022 for Mack’s visitation from 5:30 – 7 p.m. A celebration of life will begin at 7 p.m. with Bishop Billy McCool officiating, assisted by Pastor Mark McCool. Friends and family will gather for the committal and interment at Evergreen Cemetery. 1100 7th St. Erwin, at 10 a.m. Wednesday, June 22, 2022. On behalf of Jones Mortuary and the Cook family, we would like to extend a special thanks to the Appalachian Funeral home for allowing us to utilize their facilities. Jones Mortuary, LLC of Clinton is in charge of all arrangements.

David D. Tucker passed away June, 17, 2022. Father of two sons, Matthew Tucker (deceased), and Trenton Tucker; uncle of surviving nephews, Christopher Tucker, Christopher Ross Tucker; and niece, Brandy Tucker. Mr. Tucker was a retired United States Federal Postal Inspector, Freemason, and lover of all things educational. Mr. Tucker graduated from the University of Tennessee with a masters-degree in accounting. "To all future generations; learn all you can, enjoy life as much as possible... make the most of everyday you have." -David Tucker There will be a ceremony held at his Masonic lodge at 4 p.m. June 26, 2022. Contact family for further details. The Family requests donations be made to "Sacred Grounds Hospice House" and "The American Cancer Society."

Elmer Wendell Bell, 78, passed away at Fort Sanders Medical Center in Knoxville, Wednesday, June 15, 2022. Elmer was a member of Mt. Olive Baptist Church in Andersonville. He was a loving father, grandfather, and great-grandfather. He will be remembered as a hard-working man. Elmer was preceded in death by: Parents, Luther and Lizzie Mae Bell; brothers, Ray Bell and Hubert Bell; sisters, Barbara Jean Wallace and Georgia Pyles. He is survived by: The love of his life and his soulmate of 20 years, Becky Quattlebaum; sons, James Bell (Jeannine) of Heiskell, Ricky Bell (Lisa) of Heiskell; daughter, Teresa Webber (Darryl) of Heiskell; brother, Millard Bell (Darlene) of Andersonville; sister-in-law Joyce Bell; sister, Verdie Demarcus of Knoxville; six grandchildren; four great-grandchildren; and a host of other friends and relatives. The family welcomes friends to join them in the Chapel of Jones Mortuary for a visitation from 6 – 8 p.m. Saturday, June 18, 2022. Elmer’s celebration of life will begin at 8 p.m. with the Rev. Dennis Galloway, the Rev. James Adkins, and the Rev. Ed Seibers officiating. Interment will be held at Mt. Olive Baptist Church Cemetery at 2 p.m. Sunday, June 19, 2022. Jones Mortuary, LLC. in Clinton is in charge of arrangements.

Nancy Ellen Stringfield (Mimi), Heiskell, passed away Wednesday, June 15, 2022, at her home surrounded by her family. She was born Nov. 22, 1942, in Cookeville to Samuel and Gracie Whitaker Bullock. Nancy enjoyed quilting, sewing, crocheting, and creating crafts of all kinds. She was a member of the Order of the Eastern Star. In addition to her parents, Nancy was preceded in death by: Husband of 63 years, Kenneth R. Stringfield (Pop); son, Kenneth W. Stringfield (Pewee); brothers, Carl and Gary Bullock. She is survived by: Son, Randy (Vicki) Stringfield; daughter, Carolyn (Kenny) Shell; grandchildren, Cody Shell, Kasey Stringfield, Kortney Stringfield, Heather Stringfield, Alicia Stringfield, and David Stringfield; great-grandchildren, John Collins and Josh Collins; sister, Dorothy Fox; brothers, Steve Bullock and Jr. Bullock; special family and friends, Joe and Natalie Collins, Linda Holder; several nieces, nephews and host of other family and friends. The family will receive friends at Holley-Gamble funeral Home from 5 – 7 p.m. Friday, June 17, 2022, with the funeral service to follow at 7 p.m. with the Rev. Jerry Walton officiating. Family and friends will meet at the Stringfield Cemetery at 1 p.m. Saturday, June 18, 2022, for Nancy’s interment. www.holleygamble.com

Kenneth Floyd Kesterson I, 82, Lake City, passed away at home surrounded by his loved ones. He was a pillar of the Medford community, and devoted his life to his family and work. He worked at Y-12 for 30-plus years, and then retired only to continue working full time at his mechanic garage, Ken's Parts and Equipment, until his illness. Preceeded in death by: Parents, Floyd and Virginia Kesterson; brother, David Kesterson; and nephew, Patrick Kesterson. Kenneth is survived by: Wife, Judy Collins Kesterson; children, Candy (and Tommy) Carden and Kenneth (Chuck) F. Kesterson II; grandchildren, Brandi Kesterson (Josh Leinart), Casey (and Cody) Varnell, Cody Carden, Jeremy Carden and Logan Carden; great-grandchildren, Luke Leinart, and Ethan, Owen and Aubrey Varnell; brother, Ronnie (and Margaret) Kesterson; sister-in-law. Rhonda Kesterson; and many special nieces and nephews. Visitation will be from 5:30 – 7 p.m. Thursday, June 16, 2022, at the Hatmaker Funeral Home Chapel in Lake City. Celebration of life will be held at 7 p.m. Thursday, June 16, 2022, at the Hatmaker Funeral Home Chapel with the Rev. Robbie Leach and the Rev. Larry Webster officiating. Family and friends will meet at the Clinch River Baptist Church Cemetery at 10:30 a.m. Friday, June 17, 2022, for graveside services. You may also view Kenneth's guestbook online at http://www.hatmakerfuneralhome.com Hatmaker Funeral Home, Lake City, is in charge of arrangements.