Benny Morris, 74, Clinton, passed away Monday, April 26, 2021, at Methodist Medical Center of Oak Ridge. He was born April 18, 1947, in Knoxville to Bobby Jo Potter. Benny retired as a press operator in Knoxville after 40 years of service. Throughout his life he loved fishing, but most of all spending time with his wife, Linda, and his grandchildren. Benny is survived by: Loving wife of 36 years, Linda Morris of Clinton; daughters, Stephanie Whitehead and husband Wesley of Oliver Springs, and Anita Morris of Knoxville; grandchildren, Tyler Green, Trevor Green, Tucker Whitehead, and Lily Barnett; brothers, Lynn Morris and George Morris. The family will have a private celebration of life service. Holley Gamble Funeral Home in Clinton is in charge of all arrangements. www.holleygamble.com 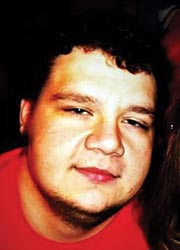 Sharon Sue Alley, 66, passed away suddenly Monday, April 26, 2021, at Tennova North Medical Center located in Powell. Sharon was an avid lover of nature. She had a “green thumb,” meaning she could grow anything. She loved flowers, especially. Sharon was known for being a caregiver and enjoyed helping everyone in any way she could. She was a CNA for most of her life. She will be deeply missed by her husband, family, and friends. She was preceded in death by: Father, Marion Joseph Hobbs; and brother, Bobby Pennington. She is survived by: Mother, Dorothy Catherine Lane of Brooksville, Fla.; husband, Douglas Alley of Clinton; daughters, Rebekah and Dayonne Burroughs of Rosedale, Md., Junette, Mary, and Heather; brothers, Clarence Pennington, and Brooks Hobbs Sr.; sisters, Chlora Thomas, Jenell Nukolezah, Suzanne Penn, Sarah Hamilton; along with seven grandchildren. There are no memorial services scheduled at this time for Sharon. Jones Mortuary in Clinton is in charge of all arrangements. 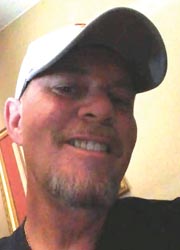 Robert Steven Wells, Knoxville, went to be with his Lord and Saviour April 25, 2021, after his battle with cancer. He is survived by: Father, Hubert Wells; sister, Susan Wells Mann, nephews, Cameron Mann, Logan Mann, Dorothy Ausmus, Laura Burd; three great-nieces; and four great-nephews, who he adored. May he rest in peace until we meet again. 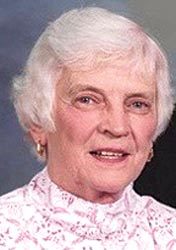 Geraldine Pebley Brown, 87, Clinton, went home to be with her Lord and Savior April 24, 2021. Geraldine, known as “Gerri” and “Doodle,” to those close to her, was born March 24, 1934, in Clinton to Clyde and Ruth Pebley. She was one of five children. She attended Clinton City Schools and graduated from Clinton High School in 1952. As a young adult she married and moved to Lake City and had a son, David. Gerri’s first job, at 19-years old, was a secretary at Magnet Mills in Clinton. She then went on to work at C&C Bank in Oak Ridge as a bank teller. Lastly, she worked at Y-12 in Oak Ridge as a secretary until her retirement when she married William E. “Bill” Brown, April 14, 1978. Gerri was a devoted wife, homemaker, mother, and grandmother. She and her granddaughter, Katie, whom she cared for before and after school for many years, enjoyed shopping, going out to eat, and simply spending time together. They shared a very special bond. Gerri was an avid reader of all genres, a murder-mystery and crime drama enthusiast, and a good cook. Gerri was a member of Edgemoor Baptist Church in Claxton. Gerri was preceded in death by: Parents; infant sister, Claudia; brother, Sonny Pebley; sister, Joyce Templin; granddaughter, Amy Cox; son, David Cox; stepdaughter, Gina Brown Collins; and husband of 39 years, Bill Brown. Gerri is survived by: Sister, Kaye Harness; granddaughter, Katie Cox-Warren and husband Clay; daughter-in-law, Kathy Cox; step-granddaughter, Sandy Collins; son-in-law, Randy Collins; nieces, Lori Templin Noonan, Kelly Harness Wilson, Cindy Harness Knott, and their families; nephews, Skipper, Michael, Kerry, and Patrick Templin, and their families; and sister-in-law, Patsy Brown Coker. Special family and friends include Maxine Wilson and Eddie and Elaine Warren. The family would like to express their deepest gratitude to the staff at The Lantern at Morning Pointe in Clinton, The Alexander Guest House in Oak Ridge, and Caris Healthcare for the wonderful care given to Gerri during the last five years. A visitation will be held from 11 a.m. – 1 p.m. Friday, May 14, 2021, at Holley-Gamble Funeral Home in Clinton, with a celebration of life service to follow, officiated by Levi Dodd. Interment will be held afterwards at Woodhaven Memorial Gardens in Claxton. In lieu of flowers donations can be given to Edgemoor Baptist Church, 330 Old Emory Rd., Clinton, TN 37716, or Rocky Top Public Library, 226 N. Main St., Rocky Top, TN 37769. 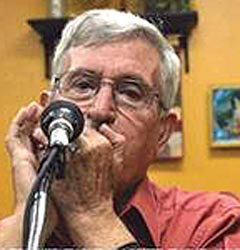 David Emanuel Bailey, 84, born March 8, 1937, in Lafollette, entered into eternal rest at home surrounded by the loving embrace of family, April 22, 2021, in Troy, Ohio. David’s love and devotion to his beloved wife Beulah, who preceded him in passing, was just one of the many notable and endearing qualities about this remarkable man. Not only did David humbly and lovingly serve his wife and family he served his country honorably on the USS Picking - DD 685 in the United States Navy. After returning from serving his nation he began serving his family and community. He retired after years of dedicated service, from Lion Apparel. He volunteered his time and skill with the Pinecrest Volunteer Fire Dept. His dedication to service to his community led him to become an auxiliary deputy with the Campbell County Sheriff’s Dept. He continued his service to honor fellow veterans by participating in the Veteran’s Honor Guard. He was a member of Woodlake Baptist Church where he was always there to lend a hand, to shower the love of the Lord on everyone he spoke to. David’s love for his wife, family, the Lord and community was evident as was his love and talent for music. Not only did he delight his grandchildren and family with his harmonica playing, he visited various churches, playing music to worship, to comfort and to spread joy. He was regularly at Katie’s Restaurant where he brought joy through his music to many beloved friends. David had that fantastic ability to charm, delight, entertain and bless every soul he encountered. You could always count on him for a good chuckle and a bright smile. Throughout his life, despite the many hardships and trials, he never lessened in his faith or love of the Lord. It was evident in his actions, in his service to others, in his unconditional love, in his singing of hymns and psalms, in his joy, in the merry kindness that twinkled in his eyes, in his brilliant and genuine smile. His passing leaves a void and ache in the hearts of his enduring family. He is survived by: Beloved children, David Lane Bailey and Teresa Adkins and Kenneth L. Adkins; grandchildren, Brandy (Philip) Church, Kenneth D. (Laura) Adkins, Walter (Rachel) Adkins, Sarah Leal, and Jennifer (James) White; 12 great-grandchildren; siblings, Wanda Herron, John (Martha) Bailey, Elwood (Brenda) Bailey; several nieces, nephews and a host of other family and friends. Graveside services were at 1 p.m. Monday, April 26, 2021, at Cumberland View Cemetery in Jacksboro. Holley-Gamble Funeral Home in Rocky Top is in charge of all arrangements. www.holleygamble.com