Eunice Armstrong, 86, Clinton passed away Friday, April 2, 2021, at Parkwest Medical Center in Knoxville. She was a member of South Clinton Baptist Church and retired from Department of Human Services in Anderson County as a case manager. Throughout her life she loved singing, playing the piano, but most of all spending time with her grandchildren. She was preceded in death by: Husband, Bobby Armstrong; parents, Paul and Leona Sexton; daughter, Shelia Bailey; son, Steve Armstrong; brothers, Flynn and Delano Sexton. She is survived by: Daughter, Patricia Shoemaker and husband Wesley of Clinton; grandchildren, Tim Bailey, Matthew Shoemaker, Lisa Bailey, Samantha Shoemaker, Andrew Shoemaker, and Christian Armstrong; five great-grandchildren; brother, Dwight Sexton and wife Diane of Hazard, Ky.; several nieces and nephews. The family will have a graveside service at 11 a.m. Monday, April 12, 2021, at Woodhaven Memorial Garden. Holley Gamble Funeral Home in Clinton is in charge of all arrangements. www.holleygamble.com 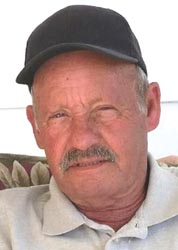 Abraham Z. Wallace, 42, of Lafollette, formerly of Clinton, passed away suddenly Friday April 2, 2021, in Lafollette. Abraham enjoyed four-wheeling with his brother and enjoyed spending time outdoors. He was a very hard worker and had a great sense of humor. Abraham enjoyed spending time with family and friends. He will be deeply missed by many. He is survived by: Parents, Ronald Wallace and Victoria of Clinton; sons, Adam and Ethan Wallace of Oak Ridge; daughters, Sarah and Daisy Wallace of Oak Ridge; brother, Ronald Wallace (Chelsie) of Clinton; sisters, Stacy Phillips (Michael) of Clinton, Carrie Woodruff (James) of Ft. Bragg, N.C., Kimberly Wallace of Clinton. He is also survived by several nieces, nephews, aunts, and uncles. The receiving of family and friends will be held at The Chapel in Jones Mortuary from 6 – 8 p.m. Thursday, April 8, 2021, with a funeral service to follow. An interment will be held at Red Hill Baptist Cemetery at 11 a.m. Friday, April 9, 2021. Jones Mortuary, LLC in Clinton is in charge of all arrangements.

Kevin Glandon, 59, of Birmingham, Ala., passed away April 1, 2021. Kevin was born April 7, 1961, to Max and Gloria Glandon in Oak Ridge. After graduating from Clinton High School in 1979, he went on to study mechanical engineering at Tennessee Tech. After graduating, he landed his first job at Georgia Power as a mechanical engineer. He eventually joined Southern Nuclear in Birmingham, where he became a dedicated fleet engineering manager. While working in Augusta, Ga., he met his loving wife of 29 years, Stephanie Little. They knew each other through work, but seeing each other at the Masters Golf Tournament is where it all began. Kevin and Stephanie went on to have three children, Loveday, John, and Cole. They made their home in Chelsea, Ala., and he was a member of St. Marks Catholic Church. Kevin was the epitome of a family man, and known for his smile. He was the kind of man who always considered others first. Kevin had a great appreciation for the small things in life and an understanding on what makes life worth living. His pride and joy was his three children and helping them achieve their dreams. He truly enjoyed his work in engineering and took great pride in it. He had a lasting positive effect on everyone he came across and the community. Kevin was predeceased by: Father, Max Glandon; and younger brother, Brian Glandon. Kevin is survived by: Wife, Stephanie Little Glandon; their children, Loveday (fiancé Jacob Murphy), John, and Cole; mother, Gloria Glandon; brother, Steve Glandon (Julie); nephews, Ross Glandon, Philip Glandon (Molly), Nathan Glandon; niece, Rachel (Patrick) Baldwin; great-niece, Charlotte Baldwin; and great-nephew, Rhys Glandon. Kevin’s services were held at Ridout’s Valley Chapel in Homewood, Ala. Flowers or a donation to the American Heart Association are greatly appreciated. 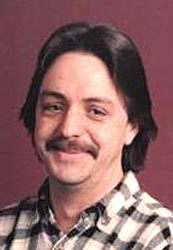 Carl A. Sharp Sr. "Sharpy," 57, Lake City, passed away peacefully at home surrounded by his loving family. He was born Aug. 3, 1963, in LaFollette. He loved to fish, hunt, go to the lake and NASCAR. He was preceded in death by: His dad, the Rev. Carl A. Sharp Sr.; and infant sister, Evelyn. Survivors include: Mother, Mary Rose Sharp of Lake City; son, Dylan Andrew Sharp and wife Taylor of Myrtle Beach, S.C.; sister, Louise Miles of LaFollette; close family friend and caretaker, Eva, and nephew, Johnny, who was also his caretaker. Visitation will be held from noon – 1 p.m. Wednesday, April 7, 2021, at Hatmaker Funeral Home. Funeral service will follow the visitation at 1 p.m. Wednesday, April 7, 2021, in the Hatmaker Funeral Home Chapel with the Rev. Eddie Bridges officiating. Sharpy’s wishes were to be cremated after his services.

Billie Virginia (Ginnie) Parks, 93, passed away March 30, 2021. She lived her entire life in Mayfield, Ky., until 2007, when she moved to Clinton. She met her husband, Robert (Bob) Harrison, while working at her first job in the concession stand of the local movie theater. They married in September, 1946, and had two children. After being widowed at age 62, she and her widowed neighbor, Mr. Clois Parks, married in 1995. Ginnie went from homemaker to business owner practically overnight. Henry and Richard Bloch were offering franchises for sale, Ginnie’s oldest child was in middle school, and she became one of the original H&R Block franchise holders, signing the franchise papers in her living room. The Bloch brothers chose to spell the name Block with a “K” to avoid mispronunciation. Over the next 20 years, with the help of Bob, she expanded her business to include offices in three different cities. In 1990 she received a personal letter from Henry Bloch, congratulating her for 20 years of dedicated service to H&R Block. Her hobbies included golfing, gardening, boating on Kentucky Lake, and club work. She was an active member of First Baptist Church, Mayfield, Ky. Ginnie had a busy lifestyle in the last decade of her life. She enjoyed all the activities provided by assisted living. Her last facility, Alexander Guest House, provided wonderful experiences. During the pandemic, she moved into the house with her son-in-law’s parents, Dennie and Ruth Worthington. There she enjoyed walking in the beautiful neighborhood. She passed away peacefully and suddenly at the Life Care of Blount County, where she was recovering from hip surgery. She would have celebrated her 94 th birthday on April 5, 2021. She is survived by: Daughter, Anne Worthington; son-in-law, David Worthington; loving grandson, Dennie Worthington; son, Kent Harrison of Bristol, Ill.; and loving former daughter-in-law, Michelle Lockard. She is also survived by special sister-in-law, Betty Wade Smith of Benton, Ky., and several devoted nieces and nephews. A memorial service will be held in Mayfield, Ky., at a later date. Holley Gamble Funeral Home in Clinton is honored to serve the Parks family. 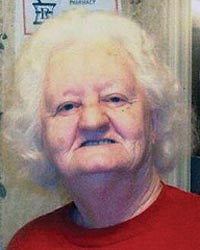 Dicie M. Bunch, 82, Clinton, passed away Monday, March 29, 2021, at Methodist Medical Center of Oak Ridge. Dicie was born June 27, 1938, in New River to Matthew and Mattie Phillips. She was preceded in death by: Parents; husband, Bailey Ray Bunch; daughter, Sherry Acuff; and multiple brothers and sisters. Dicie worked at the Anderson County Sherriff’s Department for 20 years as a cook and retired in 2002. She loved to cook and quilt and was a devoted mother who loved her family. Dicie was one of a kind and will be missed by many. She is survived by: Children, Patricia Carter, Evelyn Bjelland, Billy Bunch, Bobbie Silcox, Pam Bunch, Bailey (Junior) Bunch, Tabatha Bunch; many grandchildren and great-grandchildren; sister, Dorothy Dykes; and long-time companion, Fletcher Johnson. Visitation was from 5 – 7 p.m. Thursday, April 1, 2021, at Hatmaker Funeral Home in Lake City. Funeral service was at 7 p.m. Thursday, April 1, 2021, in the Hatmaker Funeral Home Chapel with the Rev. Troy Harmon officiating. Family and friends met at 10:15 a.m. Friday, April 2, 2021, at Hatmaker Funeral Home in Lake City to go in procession to Sunset Cemetery in Clinton for an 11 a.m. graveside service.