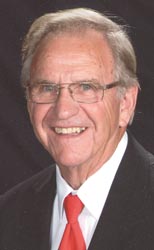 Pastor Archer V. Corder, 81, Clinton, departed this life Monday, Dec. 21, 2020, at Parkwest Medical Center in Knoxville. Born Sept. 13, 1939, he was the son of the late Robert Doyle and Opal Vertie Corder; brothers, Douglas C. Corder, James Leon Corder, Gene Allen Corder; sister, Margaret Ann LaRocco; and nephew, Barry Doyle Corder. Pastor Corder was a beloved husband, father, grandfather, friend, and pastor. His commitment to family and Christ was evident to anyone who knew him. “Archie” gave his heart to Christ in 1973, eventually becoming a licensed minister with the Assemblies of God. Retiring from K-25 to begin pastoring full time, he founded Christian Outreach Center and Christian Outreach Academy two years later. He devoted more than 47 years to Christ, 24 as senior pastor. He also served as chaplain for the Anderson County Sherriff’s office for several years. Retiring in 2004, he enjoyed camping and additional time with his family and dogs. He could often be seen supporting his great-grandchildren at ballgames while continuing to share Christ with anyone who would listen. Prayer by means of intercession was his passion that continued throughout his life. His memories will be cherished by: Wife, Wanda Faye Corder; daughters, Kimberly Richards and Vanessa Lynn Dycus; sister-in-law, June Corder; granddaughter, Brittnie Leah Lucas; grandsons, Randall Vance Young, Brandon Chaye Stitt, and Cody Allen Garner; two great-granddaughters; five great-grandsons; and a host of nieces and nephews and he was a replacement grandfather for many. The familyreceived family and friends from 5 – 7 p.m. Saturday, Dec. 26, 2020, with funeral immediately following at 7 p.m. at Clinton Church of God in Clinton. The processional for the burial began at 2 p.m. Sunday, Dec. 27, 2010, at Holley-Gamble Funeral Home in Clinton and burial followed at Grandview Memorial Gardens in Clinton at 2:30 p.m. Pastor Curtis Akers and Randall Young officiated, Brandon Stitt sermon gave the sermon. Holley-Gamble Funeral Home in Clinton was in charge of all arrangements.

Mary Ruth Jones, 79, Clinton, passed away at the University of Tennessee Medical Center in Knoxville Dec. 21, 2020. She was a generous, strong-willed person with a great sense of humor. She was a devoted wife and mother who loved her family very much. Mary was of the Baptist faith. She was preceded in death by: Parents, Billy and Rosalee Hill; husband, Fred Jones; and son, Timothy Clayton Jones. She is survived by: Sons, Clifford Carlell Jones and Cory Shane Jones; daughter, Rose Marvell Phillips (Larry); and numerous other extended family members and friends. Arrangements will be announced at a later date. Jones Mortuary in Clinton is in charge of all arrangements. Online condolences for the family may be expressed at www.jonesmortuaryllc.com 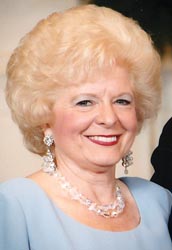 Patsy Stair Lomeli, 85, Clinton, passed away Sunday, Dec. 20, 2020, at her home. She was born Feb. 6, 1935, in Anderson County to the late John and Bertha Sharp Fraker. Patsy spent her entire working career in the Anderson County Courthouse, working in the offices of the County Clerk, Register of Deeds, County Mayor and Trustee. She was Deputy Trustee for 17 years and in 1974 was elected as Trustee. She served for eight consecutive terms from 1974 to 2006. In her first year as Trustee, she was elected to the Board of Directors of the State Trustee Association; she was the first woman elected as President of the County Officials Association of Tennessee (COAT). She also served on the Board of Directors of County Officials Associations of Tennessee (COAT); was name and voted Outstanding Trustee and Trustee of the Year several times; and elected President of the International Association of Clerks, Recorders, Elected Officials and Treasurers (IACREOT). She served on the Board of Directors of Big Brother/Big Sisters and American Red Cross. She was a member and officer of the Anderson County Chamber of Commerce, as well as the Civitan Club, Rotary Club, Anderson County-Oak Ridge Republican Party, and a Golden Member of Zion Baptist Church. Patsy was inducted into the Anderson County Hall of Fame in 2011. In addition to her parents, Patsy was preceded in death by: Husband, Alfred Lomeli; her children’s father, Denver Stair; brothers, Kyle Fraker and wife IvaDean, Kenneth Fraker and wife Hazel; special cousin, Marie Turner. Patsy is survived by: Children, John Stair and wife Sandy, Gwenda Ford and husband Kenny; step-children, Gisele Davis and husband Bruce, Sister Celine Lomeli, Chuck Lomeli, Rhonda Hammons and husband Bob, Jeffery Lomeli, and Lawrence Lomeli and wife Lisa; grandchildren, Jonathan D. Pyatt and wife Manda, Katie Davis and husband Donny, Holly Stair Webb and husband Jeremy, and John Stair Jr. and wife Laurel, Randy Ford, Brian Ford and wife Anne; great-grandchildren, Tori and Tyler Pyatt, Riley and Hadley Webb, Cody and Dylan Davis, Zavie, Zayden, Zander Ford, Ellie and Glen Murrell; special cousin, J.T. Sharp; special friend, Betty Brooks; loving caregiver, Emilee Runkles; and a host of other family and friends. Family and friends may call at convenience from 11 a.m. – 2 p.m. Wednesday, Dec. 23, 2020, at First Baptist Church in Clinton. The funeral service will start at 2 p.m. with the Rev. Glen Gamble officiating. Family and friends will travel to Zion Baptist Church Cemetery for Patsy’s burial following the funeral service. In lieu of flowers family ask that donations be made to Zion Baptist Church Cemetery Fund 2170 Clinton Hwy, Powell, TN 37849 or Pat Summitt Foundation 520 W. Summitt Drive, Suite 1101, Knoxville, TN 37902. www.holleygamble.com 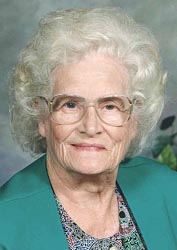 On Saturday, Dec. 19, 2020, Marvell Webber, loving mother of five children passed away at age 91. Marvell was born Oct. 3, 1929, in Lafollette to the late Edward and Maude Richard Wheeler. She retired from the Fort Sanders Medical Center with 23 years of service. Marvell was a member of the First Wesleyan Church in Clinton, where she loved to sing. She married Curtis Delbert Webber; they raised two sons and three daughters. Marvell loved being outside and working in her flowers. In addition to her parents, Marvell was preceded in death by: Husband, Curtis Webber; sister, Virginia Wright; brother, J.D. Wheeler; sons-in-law, Duane Rhyne and Terry Bass; and grandson, Chad Rhyne. She is survived by: Five children, Gary Webber and wife Rebecca, Perry Webber and wife Annette, Carole Rhyne, Lisa Osterhout and husband Steve and Angie Bass; 12 grandchildren; and nine great-grandchildren. Family and friends may call at their convenience from noon – 4 p.m. Monday, Dec. 22, 2020. Marvell’s graveside will be held at Woodhaven Memorial Garden with the Rev. Sam Condon and the Rev. David Speas officiating. www.holleygamble.com

Eddie “The Legend” Godsey Sr., 69, Oak Ridge, passed away Dec. 19, 2020, at Diversicare of Oak Ridge. He was a local entertainer and musician. Eddie worked for WYSH for more than 30 years and at WXVO. He will always be remembered for his great sense of humor and his ability to deliver a perfectly timed one-liner. Eddie was preceded in death by his father, Charles E. Godsey. He is survived by: Wife, Becky Godsey of Oak Ridge; sons, Eddie Godsey of Oak Ridge, and Brandon Godsey and wife Amanda of Clinton; daughters, Hope Garrettson and husband Herbert of Fort Myers, Fla., Dakota Jaegan and husband Ryan of Powell, Kayla Harwell and husband Jeff of Clinton, and Meagan Lane and husband James of Clinton; mother, Minnie Godsey of Clinton; brother, Paul Godsey and wife Missy of Norris; nine grandchildren; four great-grandchildren; as well several other extended family members and friends. A memorial service will be announced at a later date. Jones Mortuary in Clinton is in charge of all arrangements. Online condolences for the family may be expressed at www.jonesmortuaryllc.com 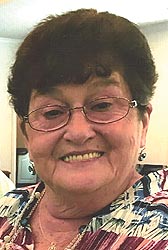 Glenna Ruth McCoy, better known as "Cricket,”, 75, of the Beech Grove Community in Lake City, passed away Dec. 19, 2020, with her family by her side. She was such a fighter and loving mother, but now she is resting peacefully. She was a member of Laurel Branch Baptist Church in Briceville. In addition to her parents, she wass preceded in death by: Husband; Jake McCoy, and brother Cleve Phillips and wife Alma. Crickett is survived by: Son, J.P. McCoy and wife Shauna; daughter, Frances Dison and husband Lynn; daughter, Cissy Freytag; brother, Kenneth Phillips and wife Anna; sister, Ann Moore; sister, Donna Brock; grandsons, Aaron McCoy and wife Savannah, Blake McCoy and wife Jodi, Tyler Dison and wife Rebecca, Brandon Dison, Dustin Lowe, Randy Freytag ; great-grandchildren, Hunter, Hudson, Rhett, Oliver, Gigi, and Madeline. At the request of the family, services will be held privately.

Charles Wade Leinart, 91, Clinton, passed away Friday, Dec. 18, 2020, at Methodist Medical Center of Oak Ridge. He was born July 5, 1929, to the late William David Leinart and Sarah Emily Rutherford in Bonny Blue, Va. Charles was a veteran of the US Army having served during the Korean War. He later retired from the National Guard after 21 years of service. Charles also retired from ORNL after 38-plus years. He was a former member of the Lions Club in Clinton. Charles later enjoyed traveling with his wife to Florida during the winter. He will be dearly missed by all who knew him. In addition to his parents, he was preceded in death by three brothers and three sisters. He is survived by: Wife of 50 years, Joyce Price Leinart; children, Jeanne Charlsene Baxter and husband Jim, Shoney Wolfe and wife Lora; grandchildren, Jason Baxter and wife Whitney, Jessica Langstaff and husband Nick, Blaine Wolfe, Braden Wolfe; great-grandchildren, Brooklyn Baxter, Caleb Langstaff, and Aubree Langstaff; brother, Jack Leinart. The family would like to extend special thanks to his caregivers who helped him through his illness. The family received friends at the Holley-Gamble Funeral Home in Clinton from 5 – 7 p.m. Sunday, Dec. 20, 2020. Those attending wore a mask and practiced social distancing. His graveside service was at 11 a.m. Monday, Dec. 21, 2020, at Grandview Memorial Gardens. www.holleygamble.com 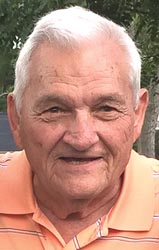 Fred Austin Fox, 88, passed away Dec. 18, 2020, at Methodist Medical Center of Oak Ridge. He was born in 1932 near what is now tee box number 12 at Centennial golf course in Oak Ridge which was at that time his family’s farm. A 1953 graduate of Clinton High School, he retired from Union Carbide Corporation in Oak Ridge as a foreman working in the Y-12 plant. He was preceded in death by: Parents, Thomas Wilson Fox and Elizabeth Strong Fox; son, Fredrick Scott Fox; brothers and sisters, Dorothy (Dot) Fox Margrave, William (Bill) Fox, Minnie Fox Manley, Elizabeth Fox Bolton, Hazel Fox Brown, Bessie Fox Smith, Henry Fox, Bertha Mae (Bert) Fox Jenkins. He is survived by: Wife of 68 years, Onah Stair Fox; daughter, Venessa Fox Seivers (David); grandchildren, Chelsea McMasters (Nathan), Evan Seivers (Emily), Mackenzie Fox, Skylar Fox and Jordan Fox; great-grandchildren, Sloan Seivers, Neal and Fiona McMasters. Several nieces, nephews and cousins also held a special place in his heart along with the many friends he would do anything for to help. Fred was a lifelong Clinton resident. His friendliness, humor and storytelling were notable traits. In his free time, he enjoyed competition of all types and enjoyed being a fan and spectator of all sports. He especially liked playing golf and did so all his life including this past July at the 49th annual Fox family reunion. This was an important event to him and he always encouraged everyone’s attendance. Due to the COVID pandemic, the family is having only an outdoor graveside service at 2 p.m. Monday Dec. 21, 2020, at Grandview Memorial Garden in Clinton. The family requests everyone wear a mask to the service. Donations can be made in lieu of flowers to St Judes Children’s Hospital or First Baptist Church in Clinton.