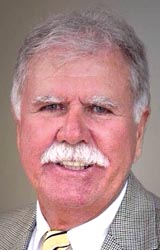 Gary Allen Jackson Sr., a native of Knoxville, and resident of Trussville, Ala., died March 29, 2021. Born May 5,1945, Gary attended Clinton High School, graduating in 1963 and studied at Tennessee Technological University where he also played football. Upon graduation and following a move to Nashville, Gary married the love of his life, Shirley Anne Rich, on Aug. 31,1968. The couple later moved to Brentwood, where they raised their treasured children, Jennifer and Allen. Gary worked for many years in the mortgage industry. Seeking to share daily life with their family, Gary and Shirley relocated to Trussville, Ala., in 2013. Ever the big-hearted encourager, “Pappy” was often found cheering on his grandchildren at their various sporting events. He delighted most in time shared with family, and some of his happiest moments were spent gathered around a table enjoying a meal, listening to music, or playing a card game. Gary savored many holiday get-aways on Sanibel Island; he loved days spent by the sea, biking, exploring, and soaking up the sunshine. Gary was a man of deep faith, and it was his faith in Jesus along with the faithful care of his wife that carried him as he bravely persevered through many years with Parkinson’s Disease. Even as his physical condition diminished, Gary held onto hope, keeping his eyes fixed on Jesus and running his race with endurance. Gary’s tender spirit, sly humor, warm hugs, and genuine affection touched all who had the gift of knowing him; he will be terribly missed. Gary is survived by: Beloved wife of 52 years, Shirley; daughter, Jennifer and her husband Jeff of Trussville, Ala.; son, Allen and his wife Natalie of Lookout Mountain; cherished grandchildren, Jackson, Benjamin, William and Mary Fran Lamons and Evie, Mac, Thomas, and Gabby Jackson; and his adoring father, James Walter Jackson of Oak Ridge. Gary was preceded in death by his loving mother, Mary Elizabeth Jackson. There was a family memorial service Saturday, April 3, 2021 at Faith Community Fellowship where Gary was a member. In lieu of flowers, the family asks that friends please consider contributing to The Parkinson’s Foundation (parkinson.org). 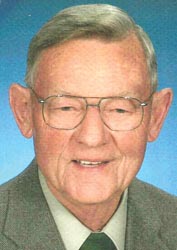 Bennie L. Cox, 92, Clinton, died March 28, 2021, at Fort Sanders Hospital, Knoxville, after a short illness. He was born July 26, 1928, in the Hillvale Community. Preceding him in death were: Parents, Roy L. Cox and Lissie Williams Cox Hafley; sisters, Mary Ruth Ensley and Josephine Wallace; and brother, Walter L. Cox. He was a 1947 graduate of Norris High School where he was captain of the varsity basketball team. He and his wife, Mary Alice McGhee, were married Oct. 21, 1949. He served in the U.S. Marine Corps at Camp Lejeune, N.C., and Camp Pendleton, Calif., and was a Korean War Veteran. A member of Sinking Springs United Methodist Church, he had served on the Administrative Council and as a trustee. Special interest was woodcarving and oil painting. He had been an automobile sale representative in Clinton since 1950. He was a Hall of Fame member of the Chevrolet Legion of Leaders, Truck Sales Honor Club and Chevrolet’s Mark of Excellence rewards program. He retired from Fox Chevrolet Dec. 31, 2011. Survivors include: Wife; daughter, Leigh Ann and her husband Stephen Payne of Clinton; nieces and nephews; and a special brother-in-law, Eddie L. McGhee and wife Kay, of Clinton. Family and friendscalled at their convenience from noon – 4 p.m. Thursday, April 1, 2021, at Holley Gamble Funeral Home. The family will have a private graveside service with the Rev. Billy Kurtz officiating and full military honors presented by the Campbell County Honor Guard. Holley Gamble Funeral Home in Clinton is in charge of all arrangements. www.holleygamble.com 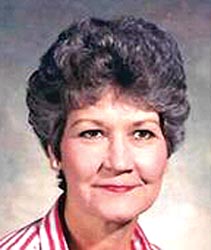 Mary Sue Farr Leinart, 81, (AKA, “Nanny” by her grandchildren) earned her angel wings Sunday March 28, 2021. Mary had battled respiratory issues for the last five years and was “Miracle Mom” to her family because she was such a fighter to these respiratory issues. Mary loved baking, doing all kinds of different crafts, and spending time with her six grandchildren before she became ill. Mary was preceded in death by: Daughter, Janet Wallace Moore; parents, Edith and William Farr; and several siblings. Mary is survived by: Daughters, Terry Davis and husband Larry, Rhonda Wallace and partner Nancy; son, Jeff Wallace and wife Mary; grandchildren, Jeffrey Wallace and fiancé Megan, Tyler Wallace and wife Elena, Katlynn Wallace, Emily Bowes and husband Luke, Matthew Davis and wife Kierstan, and Jennifer Moore; great-grandchildren, Dawson Davis and Liam Wallace; brother, Tommy Farr and wife Vera; sisters, Louise Ledbetter and Betty Fraker; as well as several nieces and nephews. The family would like to extend a special thank you to the staff at Shannondale Healthcare Center for the great care they gave to their mother, and a special thank you to Nurse Janice that Mary really loved. In lieu of flowers, memorial donations may be made to Tennessee Prader-Willi Association Inc., 40 Burton Hills Blvd., Suite 170, Nashville, Tn., 37215, or online at www. pws-tn.org. The family received friends from 5 – 7 p.m. Wednesday, March 31, 2021, in the chapel of Woodhaven Funeral Home. Pastor Rick Miller officiated a graveside service in Woodhaven Memorial Gardens at 2 p.m. Thursday, April 1, 2021. Woodhaven Funeral Home and Memorial Gardens are honored to serve the family of Mary Leinart. 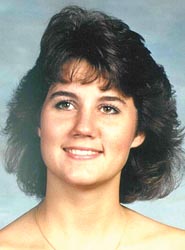 Joy Renea Pate (Seeber), “our beautiful butterfly,” has gone home to fly with the angels in Heaven. She passed away March 26, 2021, at the age of 50. Joy was born on March 10, 1971, the daughter of Leon and Janice Seeber. She was raised in Oliver Springs where she attended Norwood Elementary and Junior High, Oliver Springs High School, and Roane State Community College. Joy worked as a registered nurse in the surgical department at several local hospitals including Methodist Medical Center of Oak Ridge, St. Mary’s Hospital and Tennova North. When Joy was not working, she enjoyed gardening and flowers, fishing with her husband and her son, Levi, the Great Smoky Mountains and boating with family and friends. Most importantly, Joy loved her family dearly and cherished the time spent with them. She was preceded in death by: Parents, Robert Leon Seeber and Janice K. (Jones) Seeber. Joy is survived by: Husband of 16 years, Kyle Pate; son, Levi Jackson; step-children, Brittany and Preston Pate; brothers, Terry Seeber and his wife Sara, Richard Seeber and his daughter Kasie; sister, Amanda Harness and her husband Darrell and their children Payton and Jake; grandchild, Lydia Riddle; father and mother-in-law, Ralph and Sarah Pate; sister-in-law, Sherri Sutton and her daughter Samantha; many aunts, uncles, and extended family. Visitation was from 6 - 8 p.m. Wednesday, March 31, 202,1 at Premier Sharp Funeral Home. A graveside service was held at noon Thursday, April 1, 2021, at Oak Ridge Memorial Park. Premier Sharp Funeral Home was proud to serve the Pate-Seeber family. www.Sharpfh.com.

Johnny Ray Tindell, 67, Rocky Top, passed away suddenly Friday, March 12, 2021, at his home. He loved his family and grandchildren, and enjoyed spending time with them. Johnny enjoyed hunting and fishing. He enjoyed reading his Bible and was a member of the Light House Church of God in Rocky Top. He was very talkative and never met a stranger. Johnny also enjoyed gardening. He is preceded in death by his parents, Banard and Lucille Tindell. Johnny is survived by: Wife, Patty Tindell of Rocky Top; sons, Adrian Tindell of Knoxville, and Jesse Tindell and wife Lindsay of Heiskell; brothers, Tony Tindell and wife Sharon of Briceville, Tommy Tindell and wife Yoanna of Powell, and Timothy Tindell and wife Kimberly of Oak Ridge; sister, Patricia Campbell and husband James of Knoxville; grandchildren, Ashlyn Grace Baker, Adalynn Rae Tindell, Gabriel Alexander Tindell, Emmalyah Lucille Tindell, and Calliope Oakley Tindell; and a host of other relatives and friends. A memorial service will be announced at a later date by Jones Mortuary. Jones Mortuary In Clinton is in charge of all arrangements. Condolences can be made to the family at www.jonesmortuaryllc.com

James Reed, 69, Clinton, passed away peacefully at his home with his wife, Sharon, by his side Tuesday, March 16, 2021 He had fought a very courageous two-year battle with lung cancer. James was the only son of the late James L. Reed II and late Bobbie “Jolene” Reed. He was born Sept. 22, 2051, and was a graduate of Clinton High School, Class of 1970. After graduation he enlisted in the United States Air Force and served until 1974. He did one tour in Vietnam that he was always very proud about. After returning home he eventually became an employee for the City of Clinton, in the Recreation Department, for the next 38 years until retirement in 2016. James married his wife of 31 years, Sharon Kay Martin-Reed, June 7, 1989. He became a father on Dec. 23, 1991, to a son, James “Tyler” Reed. Other than his family he enjoyed doing yardwork and spending time with his animals. Preceded in death by his parents, and many aunts and uncles. Survived by: Wfe and son, along with his sister, Linda Reed, of Clinton. Per Jim’s request there will be no service at this time. He will be cremated and ashes to returned home to his beloved woods. Later along with Sharon’s ashes, they will be placed in the water surrounding Loyston Point at Sunset Ceremony. In lieu of flowers or gifts, in his memory, we would like to suggest a monetary donation to the little Ponderosa Zoo in Clinton, 629 Granite Road Clinton, TN 37716. www.holleygamble.com

Robert “Bob” Murphy, 86, Clinton, passed away peacefully at his home March 19, 2021, from complications of Asbestosis. Born in Charlotte, Tenn., Bob was in grade school when his family moved to Oak Ridge in 1945. Bob graduated from Clinton High School in 1953 and worked at K-25 prior to joining Southern Bell Telephone in 1955. It was there that he met a pretty telephone operator, Mary Ruth Melton, to whom he was married for 58 years prior to her passing. Bob served in the Army National Guard as a maintenance sergeant. After his retirement from South Central Bell in 1991, Bob enjoyed traveling, but his real passion was spending time with Ruth. In addition to his wife, Bob was predeceased by: Parents, George, and Birdie Murphy; brother, George, Jr.; and sister, Mary Jane Jammes. Bob is survived by: Children, Deborah Dickson (Ashley), Robert Lynn Murphy (Donna), and Stephen Wayne Murphy (Mary); and grandchild, Lyndsai Murphy Thoma (Albert). He is also survived by: Nephews; many friends including his telephone co-workers; wonderful neighbors; his Melton family in-laws; and compassionate medical professionals from Quality Private Duty Care. A special thank you to Mrs. Brenda Smith to whom we will be forever grateful. A private service will be held for the family, with a memorial celebration of Bob’s life to be held once gatherings can take place safely. In lieu of flowers, please consider a donation to the charity of your choice. Jones Mortuary in Clinton is in charge of all arrangements