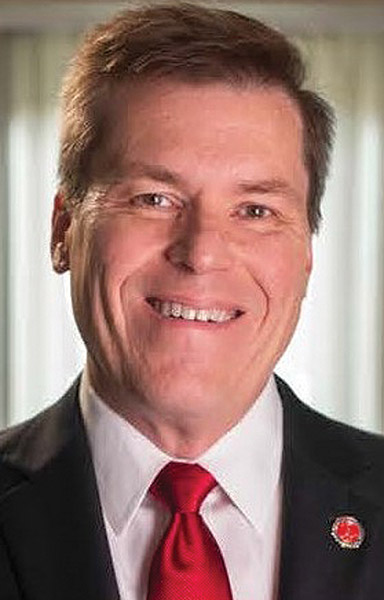 Dave Clark
The Tennessee District Attorneys General Conference has announced that outgoing Executive Committee President Dave Clark, who serves as the Seventh-District attorney general, will continue in his role as Audit Committee chairman.

“It has been a huge honor to serve as the president for the Executive Committee and as chairman of the Audit Committee,” Clark said. “I am thankful to have the opportunity to continue serving in the chairman role and am looking forward to a successful year.”

“Beyond serving as president this past year, Clark has filled many leadership roles for the conference over the years,” said Guy Jones, who was recently elected executive director of the conference.

“The role of Audit Committee chairman is critically important, as it delves deep into all financial matters of the conference. We are privileged to have him remain as chairman and look forward to his thoughtful counsel on a variety of subjects.”

Clark was first elected district attorney general for the Seventh District in 2006.

Prior to being elected, he served in the American, Tennessee and Anderson County bar associations.

He was also a special judge and held the elected position of Anderson County Attorney from 1998 to 2006. In addition to serving as the 2019–2020 Executive Committee president and as Audit Committee chairman, he served as a governor for 11,000 members of the Tennessee Bar Association. Clark received his bachelor of arts, master of business administration and doctor of jurisprudence degrees from the University of Tennessee, and currently lives in Anderson County with his wife, Josephine, a magistrate judge. They have two children.

The Tennessee District Attorneys General Conference was created by the General Assembly in 1961 to provide for a more prompt and efficient administration of justice in the courts of the state. It is composed of the elected district attorneys general from the state’s 31 judicial districts.