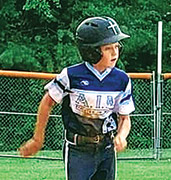 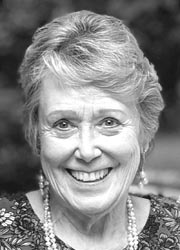 Brenda Joan (Herrell) Bennett, 73, Powell, Claxton, went to be with her Lord and Savior Friday, June 10, 2022, with her daughters and brothers by her side. Brenda will be greatly missed as a mother, grandmother, sister, aunt, great-aunt, cousin, and friend. She had been in church as recently as Eater, and her hospice journey began in May. She was known to ask anyone who knew her well, “Do you know that you know that you know (Jesus)?” Her great faith has now become sight. Brenda was born Friday, March 4, 1949, to Albert and Gladys Herrell in Knox County. She was a lifetime member of Calvary Baptist Church in Heiskell. Brenda graduated from Clinton High School in 1967, where she met her husband to be, was married to James O’Dell Bennett June 8, 1969, and just crossed over what would’ve been their 53rd wedding anniversary milestone. Later in life, she followed the Lord’s calling to become a nurse after caring for her father during his passing in her home. Brenda worked hard as an adult student and mother of three, and graduated from Roane State Community College in 1989, with a degree in nursing, which was always in her caregiving nature and a passion of hers. fter obtaining her official RN credentials, she moved on from being a bank teller, to serve full time in the Emergency Department of Methodist Medical Center of Oak Ridge. She worked there until retirement, and then worked in emergency and employee health at East Tennessee Children’s Hospital. After fully retiring, she went on to make many baby quilts and gifts with her church quilting group and personally in her sunroom on Herrell Hill. During retirement, she became full-time Nana to her eight grandchildren and three nieces in Knoxville. Brenda also traveled the world with her husband, on various cruises and in the fifth wheel camper. There were many trips for deer hunting and camping, with most recent favorite memories being at Fall Creek Falls with best friends, Gary and Debbie Keyt. Brenda was preceded in death by: Husband of 51 years, James O’Dell Bennett; infant grandson, Job Warren Arnold; and a host of aunts, uncles, and other relatives. Brenda is survived by: Three daughters, who also became nurses, Janet Bryant (husband Kevin and children James and David), Christie Owen (husband Steve and children Caleb, Sarah, Abigail, and Victoria), and Amanda Arnold (husband Daniel and children Jude and Nathan). Brenda is also survived by two brothers, who made a much appreciated trip from Florida for a final goodbye, Steve and Danny Herrell and their daughters, Brenda’s nieces, whom she cherished living in Knoxville with her, Amy Owen (Addison and Victoria Owen) and Sandy Miehe (with Heiko and Cassidy). Brenda is also survived by so many she took under her wings as children, cousins Trish (Tom) Chaloux, Patty (Jerry) Champagne, and Jamie Maxwell. Brenda was most recently cared for like a princess, as she did for so many in their last days, by her youngest daughter, Amanda Rose, in the Arnold home in Kingsport. The family will be forever grateful for the example Brenda set for dying with dignity and bringing honor to those suffering through the death and dying process, so much so that Amanda followed in the her emergency room footsteps and was her ultimate “hospice nurse” and faithful “charge nurse” in he most awesome ways possible. A celebration of life service will be held at Basswood Church, at 3611 Kingston Pike (in the Seventh Day Adventist building) Wednesday, June 15, 2022. The family will receive friends from 6 – 7 p.m. with a celebration of life service to follow with Pastor Ronnie Batchelor officiating. Interment will be private and carried out by Woodhaven Funeral Home and Memorial Gardens, at 160 Edgemoor Road in Powell. In lieu of flowers, the family requests charitable contributions in memory of Brenda Bennett be made to the Brain Support Network, PO Box 7264. Menlo Park, Ca 94026 or online at http://www.brainsupportnetwork.org/donate To leave your condolences please visit woodhavenfh.com The staff at Woodhaven Funeral Home and Memorial Gardens are honored to serve the Brenda Joan Herrell Bennett family.