Adopt a bird at the park during June 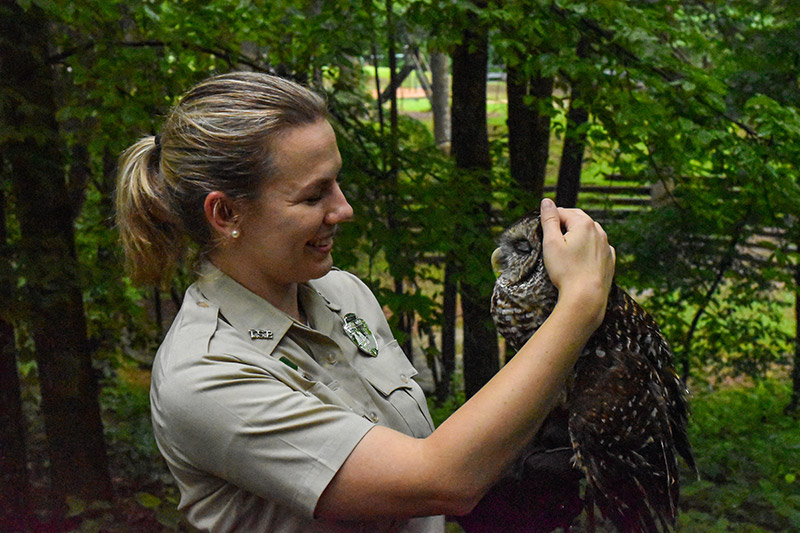 Holly Ingram, the ranger at the park who started and is overseeing the fundraiser, said it’s not new, but the park has some new additions.

“We’ve had birds here for over 20 years,” she said. “This is a fundraiser, though, to help us cover the costs associated with the care and feeding of the birds. We’re also hoping to get a new aviary built, so this helps us raise money for that.”

If, perhaps, one was surprised to learn that the park has an aviary at all, that’s all right.

“Our aviary now is in the east side of the park, and it’s not really a public aviary,” she said. “We’re hoping, though, that if we can get a new one built, we can make it more public so that people can come and see the birds even when we don’t have them out for a program.” 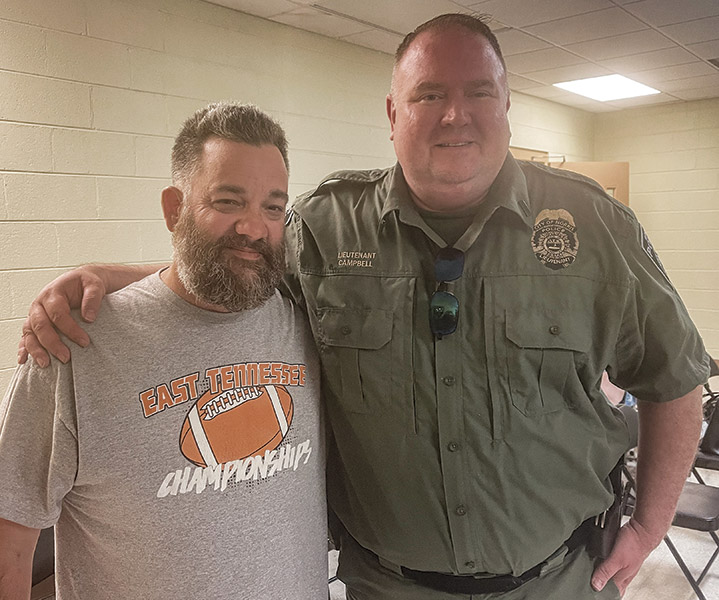 Norris Police Department Lt. David Campbell stands with Joe Colorusso at Monday night’s City Council meeting after Campbell was presented a let- ter of commendation for helping to save Colorusso’s life on April 11 during a medical emergency.
In yet another example of a police officer doing good work, Norris Police Lt. David Campbell was honored at the City Council meeting Monday night for helping to save the life of a Norris man during a medical emergency on April 11.

Chief of Police Mike Poole pre- sented Campbell a framed “Let- ter of Commendation” during the meeting, recognizing the officer’s lifesaving efforts using cardio-pulmonary resuscitation after arriving at the Hilltop Lane home of Joe Colorusso on an emergency call-out, finding him unconscious and unresponsive.

According to the letter, Anderson County EMS credited Camp- bell with performing CPR for seven minutes until paramedics arrived at the scene, providing “the required blood and oxygen vital for sustained life.”