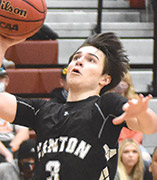 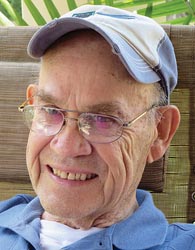 Ralph Dean Porter passed away Jan. 15, 2021, peacefully at the age of 90 at his home in Norris. Ralph was born Oct. 3, 1930, in Carroll County to J.D. and Ilah (Vaughn) Porter. His family moved to Knoxville where he graduated from Knoxville High in 1948. Ralph attended Milligan College for two years where he was on the football team. He returned to Knoxville to begin his lifelong career as an electrician, a trade he shared with his father and older brother, David. He worked for several Knoxville area electrical contractors and worked on the construction of government facilities in Oak Ridge and Paducah, Ky. Ralph was a veteran of the U.S. Army where he attended Signal School and served in the Signal Corp at Fort Huachuca, Ari. In 1962 he went to work for the Oak Ridge National Laboratory where his career spanned 34 years. His work there was well respected and could be identified by his meticulous attention to detail. Ralph is survived by: Beloved wife of 67 years, JoAnn (Wallace) Porter; son and daughter-in-law, Wally and Kay Porter of Clinton; and daughter, Penny (Porter) Crabtree of Clinton; grandchildren include, Samuel G. Porter and wife Susan of Signal Mountain, Aaron K. Porter and wife Lynnsey of Jefferson City, Kaylee (Crabtree) Keck and husband Tyler of Norris, and Rachel Crabtree of Clinton, and boyfriend Logan Harris; great-grandchildren include, Addison and Emily Porter, Elearie and Ilah Porter, and Kasen Keck. Other family includes: Sister-in-law, June (Wallace) McWane; niece, Melanie (McWane) Grant and husband David and sons Jack and Andrew; brother, Robert Porter and wife Beverly; nephew, Tommy; and niece, Tammy; nieces, Carol (Porter) Long and Susan (Porter) Bowling; and great-nephews and nieces. Ralph was predeceased by: Parents, J.D. and Ilah Porter; father and mother-in-law, Glenn and Myrtle Wallace; brothers, Vaughn, Gordon, David; and sister-in-law, Betty; son-in-law, Richie Crabtree; granddaughter, Rebecca Crabtree; and brother-in-law, Luke McWane. Ralph was a member of Bethel Baptist Church where he was a long time deacon and Sunday school teacher. He liked the outdoors, hunting, fishing, and boating and loved attending his grandchildren’s dance and sports events. The family would like to give special thanks to his nurses and staff of Professional Case Management of Tennessee. Holley Gamble (www.holleygamble.com) of Clinton will be handling arrangements. There will be a private graveside service at this time followed by a celebration of life at a later date.