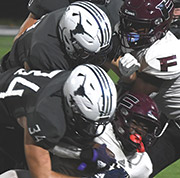 County’s drug-related deaths higher than most 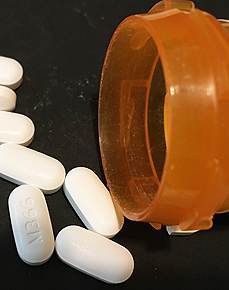 The opioid problem keeps getting worse. (photo:Crystal Huskey )
Despite legislation intended to curb the opioid epidemic in Tennessee, it’s steadily getting worse.

That’s according to the 2018 Knox County Regional Forensic Center drug-related death report, which also covers Anderson County. The 37716 zip code was No. 7 on the list of zip codes with the most drug-related injuries or death that took place at home in 2017. That’s out of all the Knoxville and Anderson County zip codes. 37830, an Oak Ridge zip code, was No. 6. It’s the third year in a row 37716 made it on the Top 10 list.

The report paints a bleak picture: most of the people dying from overdoses are between 35-54. The death toll increased by 41.7-percent in Knox and Anderson Counties between 2016-2017, and it’s set to increase between 2017 and this year.

In Anderson County, a little less than a quarter of all autopsies performed were drug-related deaths. That’s four times higher since 2010.

“Many of you have heard me saying over the past two years that drug abuse mortality, in particular the casualties from the opioid epidemic, would get worse before they got better,” Dr. Darinka Mileusnic-Polchan wrote in a letter attached to the report.

“The latest cumulative drug induced death numbers in our county for 2017 are much worse than the dismal trend that has been gripping the nation,” Mileusnic-Polchan wrote.

Her letter expresses frustration at a number of things, including the slow change despite all the laws — and millions of dollars — that have been passed to combat the problem. But also, she’s not thrilled with the medical community. In particular, those working in pain clinics.

“Big pharma was pushing to sell more of the expensive opioid medications regardless of the underlying diagnosis,” she wrote. “As these new trends were evolving, medical education in the United States has been degrading and falling behind compared to other medical education systems abroad. Medical students have been taught how to take and pass licensing and board examinations and not necessarily how to engage in critical thinking or what I call ‘think medically.’”

She continued, “While amassing wealth through the unsavory prescription practices and financial fraud, the pain clinic owners and the prescribers they employed continued to harm their patients.”

There have been a few improvements, including the drop in neo-natal abstinence syndrome, which is when infants are born addicted to opioids because of their mother’s use while pregnant. Legislation has also caused many pain clinics across Tennessee to shut down.

But, as the laws around prescription opioids like oxycodone and hydrocodone have tightened, many people are and have been turning to street drugs, like heroin and cocaine.

It’s cheaper and easier to get.

To make things worse, many of the street drugs are laced with fentanyl, an extremely powerful opioid that kills.

Fentanyl has been the No. 1 killer for two years in a row in Knox and Anderson Counties.

Cocaine and heroin are No. 2 and 4 respectively. Heroin only started making an appearance on the Top 10 list since 2015. It’s showing up more in Knox County than Anderson, though; in Anderson, for 2017, it was fentanyl followed by painkillers (oxycodone, oxymorphone) and then cocaine.

A weird one that showed up in Anderson County and not in Knox as a medication that contributed to drug-related deaths last year was methotrexate. That was in the system of 16 individuals who died from a drug overdose.

The Courier News will follow up with a story on how local leaders are responding to this crisis.