Drug Take Back Day a success 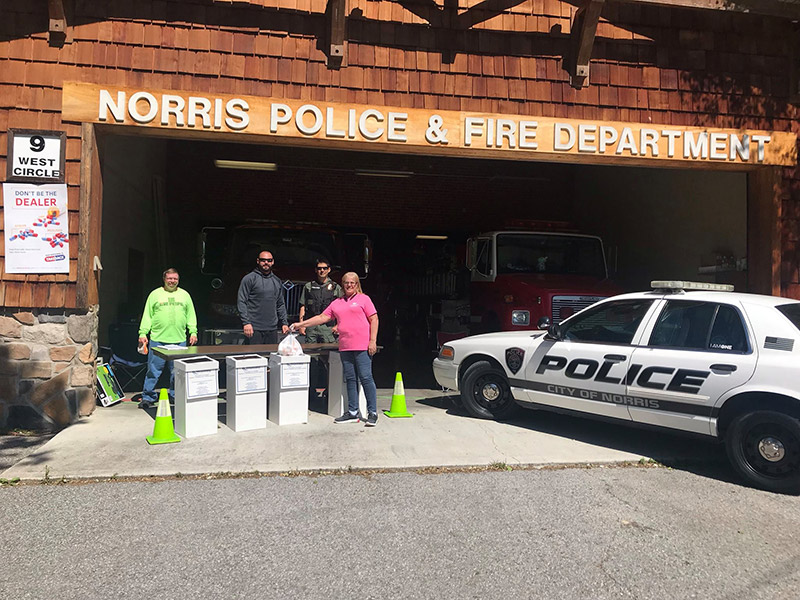 Norris Police Chief Sam Ogburn and dispatch officer Debbie Bailey said they were blown away at the amount of prescription drugs that were turned in. Residents were encouraged to bring their expired or unused medicine to one of the Anderson County locations, and in Norris, officers collected almost 90 pounds of medication.

“We filled four complete boxes,” said Bailey. “And then we didn’t have enough room.”

It’s the first year Norris participated in the program.

In Rocky Top, dispatch officer Jackie West said they received 20.4 pounds. They have participated in the program for the past three or four years, according to West.

The National Drug Take Back Day addresses a crucial public safety and public health issue, according to a press release issued by ASAP of Anderson.

“We had several departments say they had a higher turnout than usual,” said ASAP’s Jennifer Burnett.

She attributes it to better advertising and good weather, but also to the increased awareness surrounding opioid abuse. Pain pills play a major part in the epidemic. According to the 2015 National Survey on Drug Use and Health, 6.4 million Americans misused controlled prescription drugs, a number that has risen steadily over the years.

According to studies, many prescription drugs that are misused are often stolen or received from family and friends, according to statistics provided by ASAP. Bringing unused medication to police stations can help prevent drug addiction and overdose deaths.

If you missed the official Drug Take Back day, all local police departments have a permanent drug disposal box at their precincts.