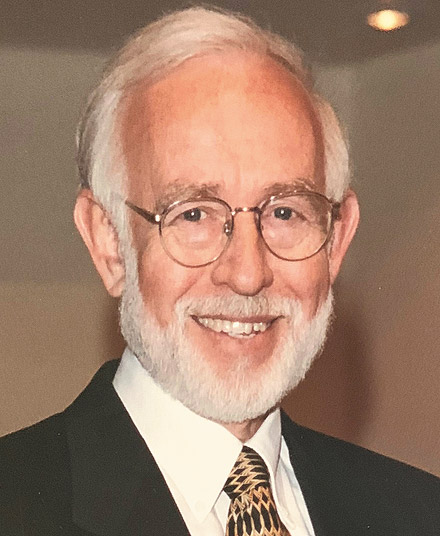 REV. SAMUEL DALE DEAN
There are too many memories and reflections to truly capture the spirit of the Rev. Samuel Dale Dean.

The long-time pastor, and Pastor Emeritus, of First Baptist Church in Clinton, died Thursday, May 9, 2019, at the age of 77.

He was a pastor, but his guidance was felt beyond the pulpit; his friendship was a gift, though it was given to all he came in contact with; his legacy will not be measured with words and deeds but will be felt more by his absence.

“He was an icon,” former Clinton City Councilman Jerry Shattuck said Monday. “He was just a good man. He made you feel good being around him.”

Friend, mentor, father … The Rev. Dean seemed to embody all that is good in humanity.

“Oh, he was great pastor,” Jerry Cloyd of Clinton said. “And he was a great friend.”

Jerry and his wife, Donna, were friends with the The Rev. Dean and his wife, Marie. They vacationed together at times, and Jerry Cloyd often hiked the trails of the Great Smoky Mountains with Dean.

Donna Cloyd worked with the Rev. dean as his secretary at First Baptist Church for 11 years.

“He was a great boss,” she said matter-of-factly. “He was always the same, he never got mad — even if I made a mistake,” she laughed.

“He was something else,” Jerry Cloyd said. “A short time before his heart surgery we were hiking Newfound Gap to Mt. LeConte and there was Sam Dean, just burning up the trail. We were having a time keeping up with him.”

Another person on the hike worried that the Rev. Dean would come across a bear on the trail — and it was a narrow trail.

“Well, what we would do then? What do we do if he gets in trouble with a bear?” Jerry Cloyd laughed.

Another hiker said, “I know one thing, we might have to help that bear out.”

Samuel Dale Dean enjoyed life and he never took it for granted.

“He was a man who had a ‘life full of years,’” Ron Mouser, who served as assistant pastor with Dean in Clinton for five years. “He loved life. He loved his children unconditionally and he was proud of them.

“He cultivated friendships and status meant nothing to him — he was a true friend to everybody,” Mouser said.

Mouser said a large part of what made the Rev. Dean so larger than life was his “Vital faith and trust in Christ.

“He exuded that,” Mouser said.

Education was also a big part of the Dean legacy. He believed education was the gateway to give choices to lead to a better life and he stressed that to his children and to those he treated like his children.

Katrina Pearce Haury said she “practically” grew up in the Dean household.

“I spent as much time at their home as I did mine,” she said.

He was, she said, true to the Psalm that reads, in part, “(He is) a father to the fatherless.”

Haury said there was not a father figure in her life growing up and the Rev. Dean took on that role. “Everyone who knew him felt the same,” she said.

“He always encouraged his children and other children. He encouraged everyone to rise up to the challenge,” she said.

And, Haury said, the Rev. Dean practiced what he told others to do — “He would learn everything he could from the people he encountered. He was an excellent role model.”

Haury said the Rev. Dean always said getting an education was not something you had to do, it was something you should want to do.

More than the guidance Haury said the one thing that she will always remember about the Rev. Dean was his laugh.

“He had this big, boisterous laugh that was just contagious. You couldn’t help but feel good around him,” she recalled.

Services for the Rev. Dean were last weekend.

“His passing will leave a hole,” Shattuck said.

“He was a real man, someone who stood up for what he believed,” Haury said. “He will be missed.”