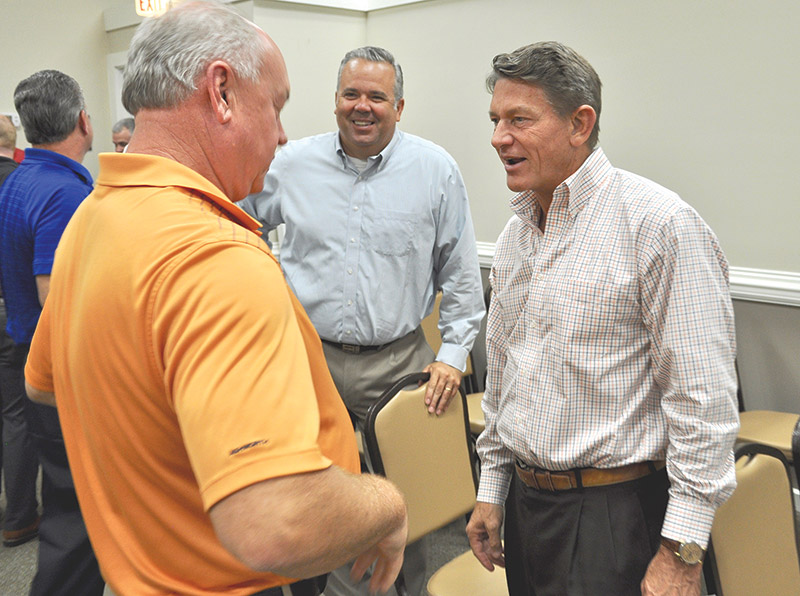 The grant will go towards the construction of a dog park.

But, as Boyd Foundation president Randy Boyd says, dogs don’t drive themselves to the park. It’s a people park, too.

“One of the things that’s neat in small towns like Clinton is that this seems to be something that really galvanizes the community,” said Dog Park Dash Grant Coordinator and spokesperson Harrison Forbes.

Forbes said Parks and Recreation Director Jason Brown and Clinton Community Center employee Taylor Huddleston were the driving force behind the grant. They encouraged the community to send in letters of support and participate in a social media campaign to win the grant.

Clinton is one of 30 cities to receive the grant out of more than 50 submissions.

Boyd established this program last year, and he and his wife Jenny are on a mission to make Tennessee the most pet-friendly state in the country, according to Forbes.

“A lot of times these cities want a dog park, but it becomes a low priority for them,” he said.

This project makes it less of a hassle to get done.

Boyd is also the founder of Radio Systems Corporation, one of the largest pet companies in the world.

The corporation is the parent company for PetSafe, SportDog and Invisible Fence.

The Boyd Foundation will invest $3 million over three years. Next year is the final year.

The city will have until 2022 to use the funds, most of which will go toward the design and planning.

“Clinton did a very good job of showing they had a need and a desire for this,” said Forbes. “We had a lot of write-ins, and lots of social media outreach.

“It seemed like the city and county were really involved and both wanting it. They were really at the top of the charts.”