September 18, 2019 by Ken Lay Special to The Courier News 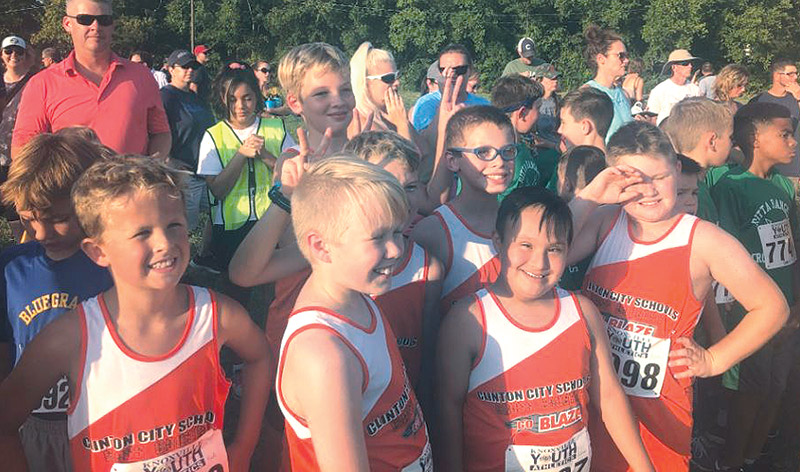 Spaghetti Supper/Karaoke Night: The Blaze will host a spaghetti and Karaoke night at the Apple Blossom on Saturday, Sept. 28 from 5-7 p.m. Price is a $5 donation and the proceeds will benefit the cross country and swim teams.

Fourth graders on the team include: Landry Sharp; Xavier Gallaher and Brendan Hayden.

Apparel update: Adidas recently fitted the Blaze and Lady Blaze basketball teams for shoes. The company will also provide shooting shirts for both teams and they will provide swimsuits for both swim teams.

Soccer Clinic is back: The Clinton Blaze after-school soccer program returns Wednesday, Aug. 21 at 3:30 p.m. The Clinic is every Wednesday after school and is open to students in Grades 1-6. The camp is a great way to teach fitness and teamwork while giving players of all abilities to develop and polish their soccer skills.

The camp, which is directed by Knoxville Area Soccer Pro Chris Carroll, teaches skills such as dribbling, passing and other soccer fundamentals. It also teaches the rules of the game. The coed camp is conducted at the Clinton City Football Stadium. Balls will be provided but athletes should wear appropriate athletic attire.

For more information, contact Carroll at info@carrollsportsacademies.com or by phone at (865) 566-8948. Cost is $105 for the seven-week program.

Blaze Academic Clubs: In addition to its athletics programs, CCS has invested in both a reading society and H2O science clubs.

These programs were successful last year and Stamey announced that they will continue in 2018-19.

They’ll run at Johnson University in Knoxville on Sept. 16. The Elementary/Middle School Championships will be held on Oct. 5.

The Tennessee State Championships are scheduled for Oct. 19. The Southeastern Regionals are slated for Nov. 16.

The campaign culminates with the National Championships on Dec. 7.