November 6, 2019 by Ken Lay Special to The Courier News 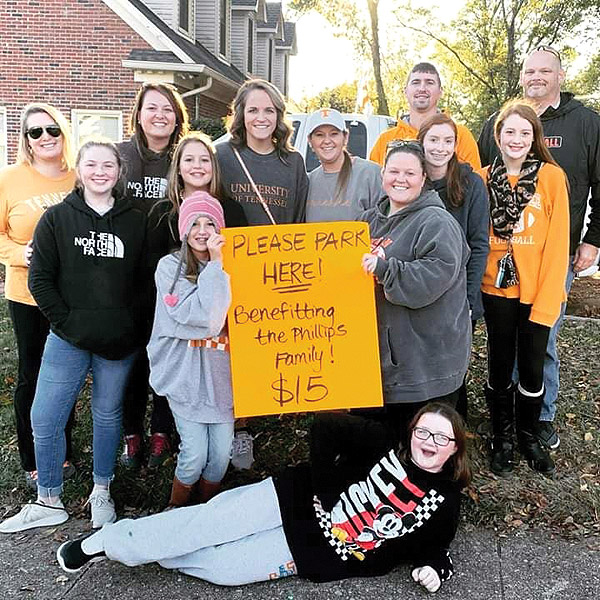 Clinton City Schools’ Lady Blaze showed their community spirit last weekend at the University of Tennessee football game by working for a worthy cause.
The Clinton Blaze Basketball teams had mixed results on the hardwood last week when they tangled with First Baptist Academy of Powell.

Clinton’s boys, meanwhile, picked up a 27-15 victory over the Eagles. With the win, the Blaze improved to 4-2 on the season.

The Blaze and Lady Blaze hosted Grace Christian Academy Tuesday night but results were not available at press time.

Fourth graders on the team include: Landry Sharp; Xavier Gallaher and Brendan Hayden.

Apparel update: Adidas recently fitted the Blaze and Lady Blaze basketball teams for shoes. The company will also provide shooting shirts for both teams and they will provide swimsuits for both swim teams.

Clinton Blaze fans can keep up with the program and other happenings in the Clinton City Schools on the Anderson County Chamber of Commerce’s website.

The chamber shot video clips recently and will be posted at andersoncountychamber.org

Soccer Clinic is back: The Clinton Blaze after-school soccer program has returned. Sessions are at 3:30 p.m. The Clinic is every Wednesday after school and camp is open to students in Grades 1-6. The camp is a great way to teach fitness and teamwork while giving players of all abilities to develop and polish their soccer skills.

The camp, which is directed by Knoxville Area Soccer Pro Chris Carroll, teaches skills such as dribbling, passing and other soccer fundamentals. It also teaches the rules of the game. The coed camp is conducted at the Clinton City Football Stadium. Balls will be provided but athletes should wear appropriate athletic attire.

For more information, contact Carroll at info@carrollsportsacademies.com or by phone at (865) 566-8948. Cost is $105 for the seven-week program.

Blaze Academic Clubs: In addition to its athletics programs, CCS has invested in both a reading society and H2O science clubs. These programs were successful last year and Stamey announced that they will continue in 2018-19.