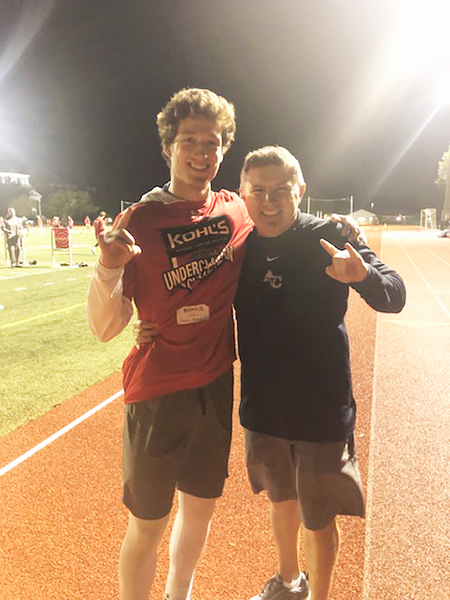 Bethel is a five-star kicker, and Division 1 recruit who transferred from Farragut High School at the beginning of the 2019 school year. He is currently a junior.

During the Underclassmen Challenge, kickers from across the nation participate in events including the punt, kick, and field goal competition. Attendees also have the opportunity to attend video process teaching, where top coaches instruct them on how they can better their games.

The Underclassmen Challenge is invite-only and requires that the invited players have to have attended at least one of Kohl’s Kicking’s showcases.

“I think I did pretty well,” he said. “Probably didn’t do as well as I could have, but there’s always room to grow.”

“They have their staff there, and we have this film breakdown session, and I learned a lot from that. Just having these guys there and all their expertise and having them show you what’s wrong with your form or technique. It helped a lot.”

In a fantastic display of a true athletic mindset, Bethel said his favorite part, though, was the competition.

“Having all these elite guys there and being able to compete with them -- we know most of them and we’re all pretty close. We know where we’re all from, and it’s just awesome being able to place yourself among your peers. If they’re better than you and beat you, it’s still fun being around them. You can still enjoy them, and enjoy their friendship, and even learn from them.”