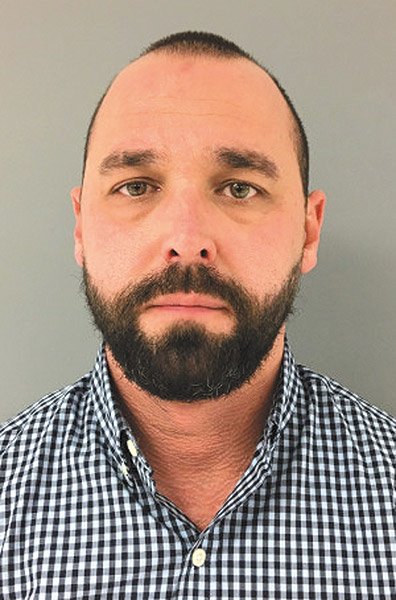 SAMUEL OGBURN
The former Norris police chief, Samuel Ogburn, has been indicted on charges of forgery and perjury in connection with forms he filed with the state in May on firearms re-certification training by members of the Norris Police Department.

The incident led to his being suspended as chief in August, and to his resignation in September.

The TBI also issued a news release about Ogburn’s indictment and arrest, saying:

“An investigation by special agents with the Tennessee Bureau of Investigation has resulted in the indictment of a former police chief on forgery and perjury charges.

“In September 2019, at the request of 7th District Attorney General Dave Clark, TBI special agents began investigating allegations against Samuel Ogburn. The investigation revealed that in May of 2019, while serving as chief of the Norris Police Department, Ogburn created and falsified a firearms training document and submitted it to the Tennessee Peace Officers Standards and Training (POST) Commission. [Ogburn] resigned his position after the allegations surfaced.”

Both releases noted that Ogburn had turned himself in and was booked into the Anderson County Jail in lieu of a $25,000 bond. He has since been released on bond, and arraignment has been set for 9 a.m. Jan. 31 before Judge Donald Elledge in Anderson County Criminal Court.

In neither of the charges has Ogburn been accused of committing any crime that would have benefited him personally, either financially or otherwise. Both charges resulted from what government officials have said were misguided attempts by Ogburn to keep the Norris Police Department operating after a bureaucratic mix-up brought into question the firearms re-certification of most of the department’s officers.

Ogburn was just a few days into the chief’s position and had inherited the bureaucratic problem from the previous chief. He has told city officials that his only intention in falsifying the documents was to keep the police officers on duty until the mix-up could be straightened out.

The state agency subsequently granted waivers to the officers that allowed them to continue working, and no time was lost from their duties.

In his news release, Clark noted:

“Ogburn left his position with the Norris Police Department … after the investigation began. … Mike Poole is now the Norris police chief, and the department and its officers are in compliance with all POST training and training record compliance.”

It’s not clear why the district attorney and the state continued to investigate Ogburn’s actions and pushed for criminal indictments after his resignation.

In September, City Manager Scott Hackler told The Courier News that Ogburn, who only became police chief May 13, was suspended in late August and subsequently resigned from the position Sept. 6 when faced with dismissal over the allegations.

According to an investigation report written by Hackler and obtained by The Courier News through a Freedom of Information Act request, Ogburn, 42, was found to have submitted a fraudulent document to the Tennessee Law Enforcement Training Academy outlining in-service firearms training by three Norris police officers.

POST’s board held an informal hearing on the issue Aug. 15, but Hackler said he was not notified of the hearing until Aug. 16, after which he began an internal investigation of Ogburn’s actions under the city of Norris Fraud Policy.

In his “Executive Summary” of the internal investigation, Hackler recommended Ogburn’s termination as chief of police and his employment with the city.

“This is in violation of the City of Norris Personnel Policy Section VIII, I,” Hackler’s report said.

It added that Ogburn “failed to adequately and timely keep the City Manager apprised of issues associated with the documentation and subsequent POST proceedings until the end of the process.”

“Chief Ogburn’s actions also violated other job requirements and prerequisites, included but not limited to his ability to maintain a high level of discipline and morale for his department,” the executive summary said, concluding: “Dismissal is the recommended consequence for falsification of records.”

The records that were falsified supposedly detailed required firearms re-certification for three of Norris’ six police officers that was conducted at the Rocky Top Police Department.

As it turned out, the Rocky Top firearms instructor’s own training certification was not valid at the time the Norris officers participated in the training, and Ogburn’s decision to file the fraudulent documents with the state were a result of his concern that the three officers might lose their state police officer certification, Hackler said.

“Chief Ogburn said he admitted the forgery in the [POST] hearing explaining that he was new to the administrative position and panicked regarding the three officers losing their certification and the department not having any officers,” Hackler’s report noted.

The state has given all three of the affected officers waivers that allow them to keep their certification despite the mix-up over their firearms re-training, Hackler said at the time.

Ogburn had been a member of the Norris department since 2015, but was not in an administrative position that required dealing with the officers’ recertification until taking over the chief’s job.

Rocky Top Police Chief James Shetterly said in September that his department had sorted out the issue over certification of the firearms training instructor, and that his officers also had been granted waivers by the state.

“We’re in compliance,” he said.

Shetterly characterized the problem over the firearms instructor’s certification as a “clerical issue,” and noted that the same instructor had been training Rocky Top officers for the past 15 years.