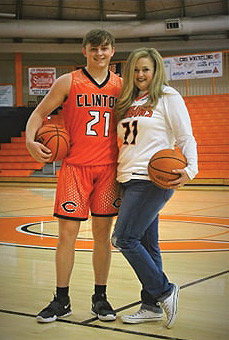 Look – it’s a rough time for everyone. Nobody likes being stuck in the house, and so many people are out of work – it’s rough.

There are some groups, though, losing a piece of their lives that they won’t ever be able to get back or make up for. That group is high school seniors.

All across the country, there’s thousands of graduating seniors who won’t get to have their senior luncheons, won’t get to have their graduations, and will miss out on a dozen other small rewards for reaching this point in their lives. This entire senior class will miss out on experiences that everyone around them not only had, but took for granted.

One member of the community, though, is doing her best to bring the community together to do something special for the seniors. Shari Bryant, who has a senior student at Clinton High School, started the Facebook group “Anderson County ADOPT A SENIOR Class of 2020.”

The page is based on the original idea Robyn Sharp had for Knox County Schools.

“Somebody actually tagged me on the original page,” said Bryant. “When I looked at it, I thought, ‘Oh how cool!’ I didn’t want to put my kid on the Knoxville one, though, and take away from those kids. So I messaged some of the other moms and it seemed like a good idea.”

“It’s blown up,” said Bryant. “It’s insane. I’ve been extremely busy with questions, and some people are technologically challenged, but it’s been good.”

So what does it mean to adopt a senior? Bryant explains:

“Basically, it’s just doing little things. This time, the economy is hard and I’m not expecting people to go out and spend a whole bunch of money, but just a little gift card or even just a card, and that means so much to these kids, ‘cause they’ve lost so much already.”

Bryant said that, much to her surprise, the page has really brought the community together.

“The most interesting part is seeing everyone from both sides of the bridge coming together,” she said. “That’s almost never heard of. Anderson County and Clinton usually do not gel, but when I presented including Anderson County, everyone was on board. I adopted a Mav myself.”

Boys have had a harder time getting adopted on the page than girls, with Bryan attributing that to boys being “harder to shop for.” Local businesses have also reached out to inquire how many seniors are in both schools, but they’ve asked to remain anonymous.

Anyone who wants to adopt a senior or put their own senior up for adoption is encouraged to visit the group on Facebook.

Seniors who are still available will have #available at the top of the post, while seniors who have already been adopted will have #adopted at their post. Bryant says she’s tried to keep the available ones near the top, but that it’s been hard with the sheer number of posts. To put things in perspective, during the 15-minute conversation for this article, the group jumped another 15 members.

Mostly, though, Bryant says she wants the community to just come together to support the kids and be together. Her community spirit shows through in her ultimate goal for this year.