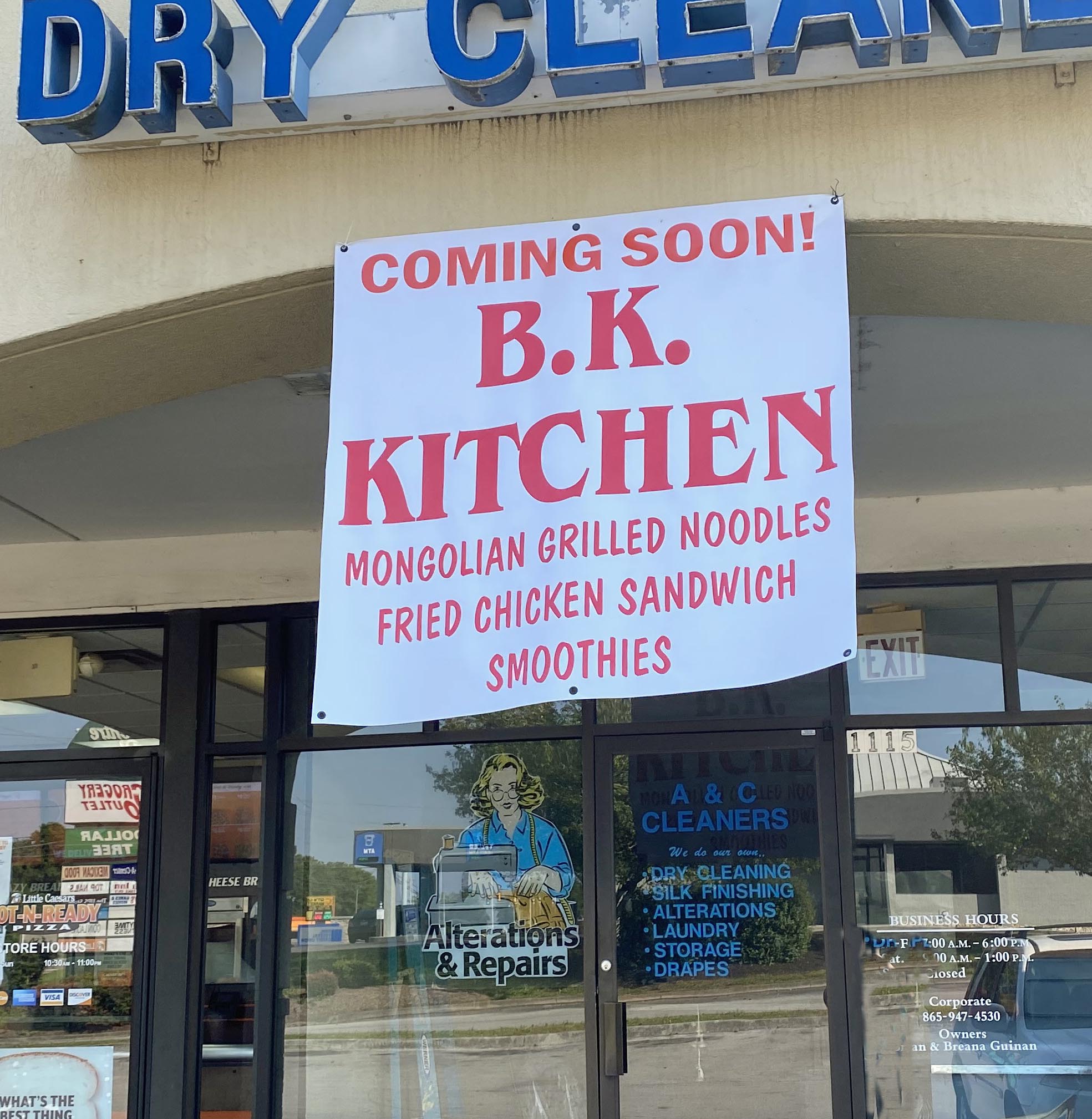 There’s a new restaurant coming to Clinton in September featuring something new for this area: Mongolian fried noodles.

Called B.K. Kitchen, the new place will be in Centre Plaza at 1115 N Charles G Seivers Blvd. between Little Caesars Pizza and The UPS Store, in the outlying strip center.

The owner will be Sophak “So” Sopheap, who founded Master Donuts in Clinton around 2015, and later opened other doughnut shops of the same name in Lenoir City, Oneida and Somerset (Kentucky).

He said this past week that he has moved back to Clinton from Somerset, but is keeping the doughnut shop open there. The Clinton Master Donuts is now operated by his brother, he said.

B.K. Kitchen will have inside dining as well as takeout, and will offer the Mongolian grilled noodles along with a menu of sandwiches and smoothies.

Included will be a fried chicken sandwich, he said. Sopheap’s restaurant will have up to three employees besides himself and his wife, depending on how many tables can be fitted into the space, Sopheap said.

The space was the location of a dry cleaner that closed at the end of April, according to Skip Nickle, who last month opened The UPS Store just next door.

Nickle said the Top Nail salon on the other side of his business is also expanding, taking over the space immediately south of his store that was the longtime office of State Farm agent Bob Hamby, who died in May 2019. No date was given for when the nail salon would be opening the expanded area. A man who answered the phone there Monday said he didn’t know yet when the new space would be ready.

The salon just reopened in the middle of May after being closed for about two months in the COVID-19 pandemic.

Sopheap is a native of Cambodia who worked with his father in the family’s original Master Donuts shop in Texas before moving to Tennessee to open the Clinton store. When it opens, B.K. Kitchen will operate Monday through Saturday, and will be closed on Sunday, Sopheap said.

Centre Plaza, which also includes businesses in the main strip such as United Grocery Outlet, The Dollar Tree, China Inn and Goodwill Industries, is owned and managed by Coastal Equities of Weston, Fla.