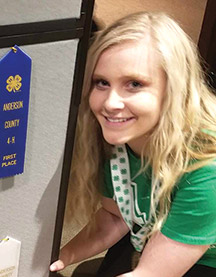 It is not a nationally recognized holiday, nor did it mark the beginning or end of any American wars. But on this day in history, a very important event occurred, something that would impact the United States all the way up until present times.

On this historic Tuesday, President Dwight Eisenhower signed a law that declared “In God We Trust” as the official United States motto, which would appear on coins, courthouses, and many other public establishments nationwide. Many Americans are in favor of keeping “In God We trust” as the national motto, so much so that in 2006 the state of Florida decreed the phrase as its official state motto.

Though more than 90-perecnt of the United States population are in favor of keeping “In God We Trust” as the official U.S. motto, there are some people who disagree with the original origins and associations of the phrase. Many disagree with the addition of “In God We Trust” to many forms of currency and on public buildings as the motto contradicts the original founding father’s goals of separation of church and state, as well as the misconception that its religious reference violates the Establishment Clause of the of the First Amendment.

However, those who propose to the change often fail to remember the interpretational doctrine of accommodationism, and the true implications of the phrase itself. Despite what many believe about the motto “In God We Trust,” the phrase should be kept as the official motto of the United States of America and accepted nationwide due to the sacrifices and promises it truly represents.

One reason many are opposed to the use of “In God We Trust” on public establishments and United States currency is the misconception the phrase violates the Establishment Clause of the First Amendment. The clause’s purpose is to limit the United States Congress from passing legislation forcing an established religion. The clause makes it illegal for the government to promote theocracy or promote a specific religion through taxes.

Though some interpretations of “In God We Trust” seem to reference a Judeo-Christian divine being, there is no requirement of compliance to Judeo-Christin denominations, nor any religions being disregarded or treated unfairly by the phrase. This is the reason the doctrine of accommodationism is called upon to counter opposing arguments. This doctrine implies as long as religious endorsement and treatment is equal and just, the government can endorse religious establishments. Thus, the argument the phrase violates the Establishment Clause is deemed insufficient cause for change, as court arguments regarding this subject never override the doctrine.

Another reason people oppose keeping the national motto in they do not truly understand it. Although many Americans who identify with Judeo-Christian or similarly monotheistic denominations have accepted the religious implications of the phrase, there are still many who disagree with its use on public buildings and currency, as a monotheistic religious base does not apply to all American citizens.

Those who disagree with the use of “In God We Trust” appear to lack an understanding of what the phrase actually implies. In declaring the national motto, Eisenhower never intended to impose his religious views on the United States of America. Many have argued the true intentions of the phrase are to provide a sense of comfort to the United States of America by implying a higher power is on the side of the law. This phrase, though often associated with religion, is just a beacon of hope among the American people. Rather than putting faith in God, those who support this motto are attributing more faith to the United States government, which serves to protect the rights of United States citizens by creating a fair and compliant judicial system, adequately representative legislative system, and a patriotic and supportive executive figurehead to run one of the world’s most powerful militaries. The placement of “In God We Trust” on public establishments is a reminder of the sacrifices of many throughout history, to the branches of government seeking fair treatment and equal representation for all American citizens through law.

In summary, on July 30, 1956, President Eisenhower provided the United States with a national motto that would spark patriotism and foster hope in the United States government. The national motto “In God We Trust” is misunderstood by many Americans to be a violation of the beliefs of the founding fathers and the Establishment Clause of the First Amendment.

Others hold issues with a supposed tie to monotheism. Many who disagree with the use of this phrase don’t fully understand its meaning, and feel as though it is discriminatory as a result. Though some argue the violation of the Establishment Clause, those arguments never override the doctrine of accommodationism which shows all religions are endorsed equally on a legal standpoint.

Others argue in stating a single God in the phrase, the motto solely represents only monotheistic, particularly Judeo-Christisn, religious denominations. However, those who argue these points fail to recognize the true meaning of the phrase. Rather than being created to endorse or support a specific religious base or to impose related ideas onto every American citizen, the phrase simply implies the United States government that serves to protect the rights of all U.S. citizens, is supported by a higher power, a claim that gives hope to many people across this country.

It enhances the apparent strength and morality of the government in their efforts, both military and legal. The motto should be kept to preserve this hope, by representing the sacrifices of those who fight to secure and ensure the rights of the American people, from the soldiers who sacrifice their lives on the front lines, to the three branches of government who seek fair and equal treatment and legal representation for all Americans nationwide.