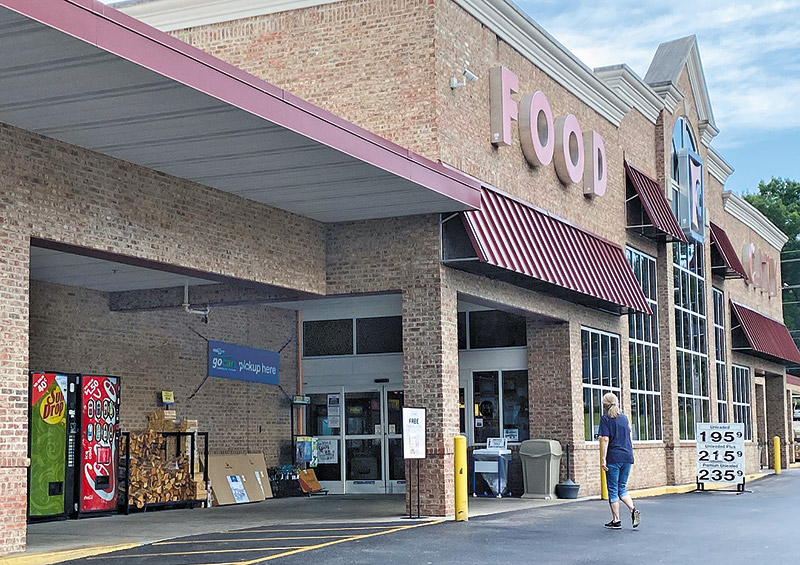 Locally, Family Dollar and Dollar Tree had been requiring masks, but changed the policy on Monday to encourage but not require them. United Grocery Outlet and Aldi encourage masks, but have not mandated them so far.

“We’ve decided to have a mask mandate in our Food City stores,” Chief Executive Officer Steve Smith said during an online news conference. “It will take effect July 23, Thursday. People will be required to put on a face covering when they come into our stores.

“And the reason is we know that face coverings is the most effective thing we can do to slow this virus down. This is what we can do to be smart and slow this thing down.

“Two of those states already have statewide mask mandates,” he said. “Tennessee recently has given county mayors the ability to go county by county, and we have seen many county mayors put those mask mandates in, and that’s a good thing. … We have seen a spike in COVID cases. It’s not in a crisis mode yet, but we don’t want to get there.”

Anderson County Mayor Terry Frank has not issued a mask order for this county, however, and specifically said two weeks ago that she did not intend to.

Smith said Food City has not yet stopped giving change to customers like some other big retailers have because of a national coin shortage, which he blamed on the federal government shutting down the coin-minting plants because of the coronavirus pandemic.

“That’s one that came out of left field for most retailers,” Smith said. “Months ago, the mints closed to protect workers. No new coins were going into circulation. There still is a shortage. We’re getting 20 to 25 percent of the change orders we request. [But] we haven’t had to round up or not give change yet. We’ve been able to be in the change business.”

He said Food City still is struggling to get its supply chain back up to full speed after the slowdown that occurred when the pandemic shutdowns began. The order fill-rate is now up to about 85 percent, which is still below the 97 percent rate when business is running normally, Smith said.

“We won’t be back to 97 until perhaps the first of the year,” he said.

Smith also noted that there continues to be a shortage of aluminum cans, particularly odd-sized cans used in some beer and other beverage varieties. And he said soft drink companies have stopped producing some of their slower-selling flavors because of the aluminum can shortage.

Meat shortages are still occurring to some extent, including beef, pork and poultry, and especially with lunch meats, Smith said. “Hopefully, that will get back to normal soon.”

The CEO said he also believes that it’s time for schools to reopen.

“We need to get our kids back in school, and get an education,” Smith said. “We want to see high school football, too. We won’t get back to normal if we don’t start one step at a time.”