No soup for you

Food trucks need permits before setting up in city 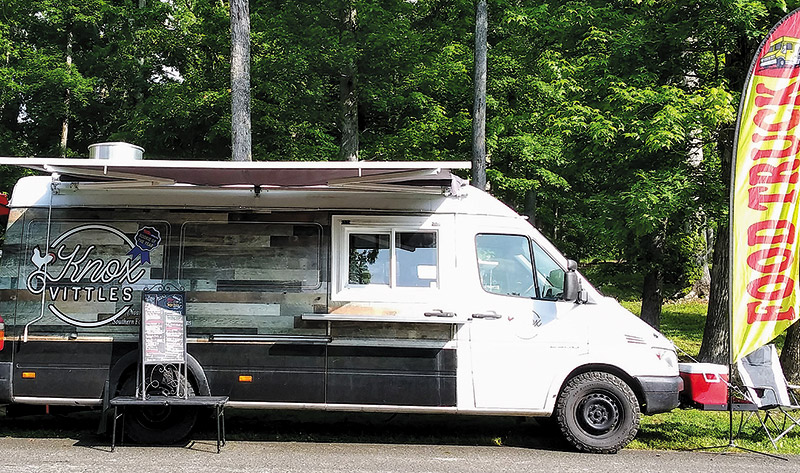 The end of food trucks in one neighborhood was the buzz on social media this past weekend as a poster on the “I Love Clinton!” Facebook page, Tina Targonski, wrote:

“Sorry, no food trucks from now on in our neighborhood :-( The Chief of Police got in touch with the company and told them they’re not allowed to come here. Sorry guys.”

The post was so popular that after three days, it already had at least 185 comments under it. Many of them were critical of the chief and the city for their position against food trucks in the subdivision.

The neighborhood is Westwood, which the previous week (July 10) had hosted a food truck from Knoxville. Targonski had even posted the menu on her Facebook page for her neighbors to see.

She also posted after that event that another food truck was lined up to come to the neighborhood Aug. 1. Her newest post read:

“MARK YOUR CALENDARS! August 1 @ 5:00 we have our next food truck in Westwood subdivision in Clinton. It will be Knox Vittles Food Truck. Look for them in front of 605 Timbercrest Drive. Don’t worry, I’ll be reminding again.”

That event has now been canceled, as the food truck operator has been notified by Clinton Chief of Police Vaughn Becker that a city permit is required for a food truck to operate in Clinton, and that the trucks are generally not allowed to park on public streets or right-of-way, and cannot operate in “R-1”-zoned residential neighborhoods.

“That was my first time ever trying to get a food truck to come out,” Taronski, a former Knoxville police officer, told The Courier News. “They [the food truck operator] called me and told me they got a call from the chief of police and he said they couldn’t do it.”

Becker provided The Courier News with a copy of the city ordinance on mobile food truck operations, passed by the City Council on final reading on May 28, 2019.

The chief marked sections of the ordinance, such as Section 9-602 (1): “It is a violation to operate a mobile food service vehicle at any location except in compliance with the requirements of this article.”

Becker said he intervened only because he received complaints from some people in Westwood who objected to having the food trucks in the neighborhood, and who wanted the city to enforce the rules as required by the ordinance.

“We do have an ordinance, and the trucks do have to get a permit, for either a year, or they can get one for just one day,” the chief said. “But our ordinance does not allow you to set up on a street or in an R1 residential area. Some of the people in the area complained about it. Some of the people there did not want that. They began calling us.”

Taronski said she was surprised to hear that.

“We had already had a couple of food trucks in the neighborhood, and people seemed fine with it,” she said, adding that she did not organize those events. “They were parked in the back of the neighborhood where hardly anybody comes. It’s odd to think anybody would have a problem with it.

“Everybody in that section came to the food trucks,” she added. “It was a wonderful way to have food that we didn’t have to cook. We were in the fresh air and standing apart, making sure we were staying safe. One of our neighbors set out chairs for everyone and set them six feet apart.”

But there is hope that Westwood could get another food truck, under certain conditions.

The ordinance gives the Clinton city manager the authority to “promulgate rules and regulations” beyond the requirements spelled out in the ordinance, which generally limits the food trucks to private property in business- or industrial-zoned areas, or on public property such as Jaycee Park, Lakefront Park or the upper parking lot behind Market Street, City Manager Roger Houck said Monday.

“We do make exceptions for events such as the merchants hold where we block off traffic on Market Street, and the trucks can park right in the street,” Houck said.

And he said there are special provisions that could allow a food truck in a residential neighborhood, with a permit from the city.

“There is a special permission for a block party,” Houck said. “That would be allowed if we could safely shut down the street like we do sometimes on Market Street. We could do this in places like Westwood or Mariner Point.

“But this one did not have a permit, and the truck operator knew that a permit was required.”

Houck noted that the Anderson County Chamber of Commerce has been hosting food trucks “on Fridays across from their office, on the First Baptist Church parking lot.”

Food truck permits are not expensive, he added. They are $15 for a one-day event, up to three days for $45, or $100 for an entire year. They also must have the required Health Department permits and inspections, and follow safe food-handling requirements.

And Clinton does welcome food trucks – to a point, Houck said.

The ordinance even notes that “the City of Clinton desires to promote economic development through the encouragement of vibrant entertainment alternatives, including accommodating the popularity and growth of the mobile food truck industry.”

“We don’t want to go crazy with food trucks,” Houck said. “We have brick-and-mortar restaurants that we get sales taxes from, which we don’t get from the food trucks. But it’s not about the money. I’m 100 percent about food trucks. It gives people something different.”

And the ordinance specifically exempts those ice cream trucks that make their way down neighborhood streets with music beckoning children to them. The ordinance says the definition of trucks requiring the permits “does not include vehicles from which only ice cream and other frozen non-perishable food products are sold … ”