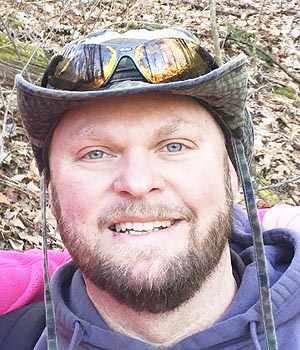 ANTHONY PETERSON
A Caryville man died Thursday, June 1, after the Toyota Camry he was driving collided head-on with a Nissan Frontier.

Anthony Peterson, 47, was driving a 1995 Camry south on Reservoir Road near Norris when a 2003 Nissan Frontier driven by 40-year-old Heidi Kuehl, Andersonville, crossed the center lane of the road.

Tennessee State Highway Patrol Trooper Aaron McGhee noted in his traffic report, Peterson “took corrective action” to avoid the crash, but then swerved back to the correct side of the road and the two vehicles hit head-on.

McGhee’s report does not state why Peterson’s vehicle swerved back to the correct lane.

Peterson’s vehicle went off the east side of the road, while Kuehl’s Frontier went to the west side.

Kuehl was injured, but the extent of her injuries are unknown.