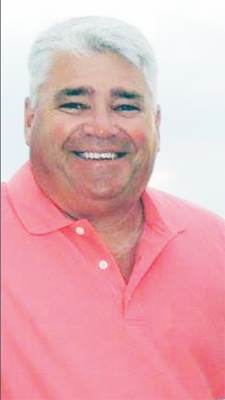 After his father’s retirement from the U.S. Navy in 1979, he moved with

his family to Claxton.

Wandell joined the U.S. Navy in 1985 and returned to Claxton after being

honorably discharged in 1989. He married Shannon Kelley Wandell in 1994

— the two grew up together on Valley Lane in Claxton.

Samantha Fenn is their oldest and she is married to Robert Bolden. They

College where she is a member of the basketball and volleyball teams.

member of the basketball team.

Their youngest, Macy Lynn, is a rising fifth grader at Claxton

Wandell currently works at System One located in Oak Ridge, a

full-service staffing agency with more than 50 offices nationwide. As a

Senior Account Executive, he works with energy, manufacturing, and

industrial sectors to provide high quality employees that meet their

Prior to his work in the staffing industry, Wandell was an owner/partner

of a coal ash marketing company for more than 16 years.

In 2006, he was elected as an Anderson County Commissioner representing

being annexed by the city of Oak Ridge. Another reason was the open

“Once elected, both issues were addressed and resolved. Serving as your

District 1 Commissioner, I have never voted for a tax increase and I

have always made myself available and responsive to the constituents

that I serve.” he added.

He currently serves as Chairman of the Operations Committee, Revenue

During his tenure, Wandell has served on all of the following

on the Conservation Board, and the Solid Waste Advisory Board.

In 2017, he was elected to the Tennessee County Commissioners

Association as a Board Member representing the East Region.

In 2018, Wandell was elected into the Vice President’s position

representing the East Region and currently serves on the Executive

Committee, Finance Committee, and Veterans Committee at the State level.

Club, a member of the Green McAdoo Cultural Organization, and a past board

“As County Commissioner I have developed strong relationships with many

different organizations such as Department of Energy, Tennessee Valley

Authority, Tennessee Department of Transportation, and other local and

District 1 and Anderson County. My passion and desire remain strong and

If you would like to meet, have a call, or exchange email, please he