People and Places of Anderson County 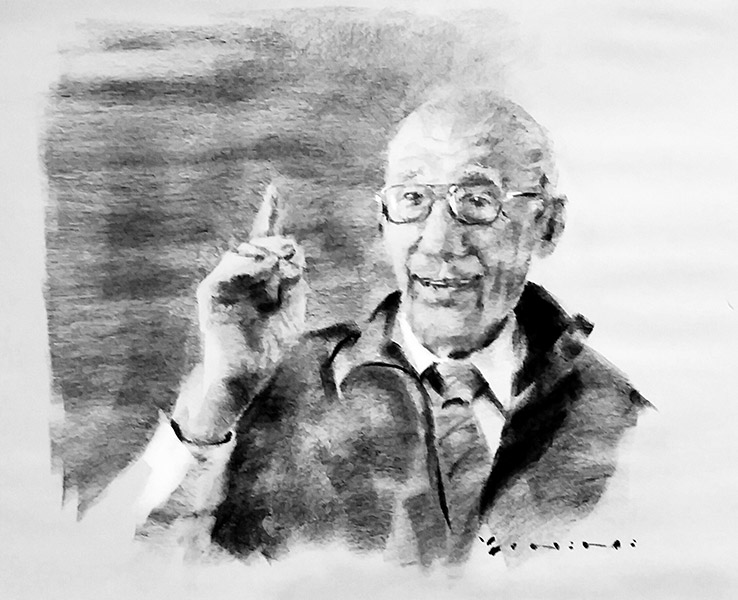 Angelo Miceli (photo:Joe Bonomo )
Manhattan-native Angelo Miceli was born on a kitchen table at his home in 1913.

“I try to keep alive every day, but it’s most difficult,” he jokes.

At 105 years old, Miceli says he is proud of the life he lived, and is thankful for his health — “I eat lots of vegetables, no fatty stuff,” he says — and his loving family.

“Without them, I don’t know where I would be,” he reflects. “We have three parts to our nature: the physical, the mental and the spiritual. Each of them has to be nourished. I’m nourished mentally and spiritually with my interaction with people and church. Physically, I read books on nutrition and do what they say. I’m careful about that.”

While the world has changed dramatically in the century-plus that he’s been alive, he says that people haven’t.

“I don’t see that could possibly be, people changing. I can’t see that, fundamentally, people have changed. Our universal need for finding a meaningful life, that’s been eternally a problem,” he says.

“The most important thing is your interaction with others. You can’t be isolated from the world and live a meaningful life.”

Miceli moved to Norris with his wife Vera in 1979, when he retired. They chose Norris because Highway 441 was once the only direct route from up north to Florida, and they fell in love with the place early on. They bought a piece of land on the corner of Butternut and Deer Ridge and lived there until Vera passed away.

He now lives in a smaller Norris home between two of his daughters.

“And two more due in August!” he says proudly.

His words are reminiscent of the poem “Desiderata” by Max Ehrmann:

“Go placidly amid the noise and haste,

and remember what peace there may be in silence.

As far as possible without surrender, be on good terms with all persons.

Speak your truth quietly and clearly and listen to others, even the dull and ignorant;

they too have their story.

...You are a child of the universe, no less than the trees and the stars;

you have a right to be here.

And whether or not it is clear to you, no doubt the universe is unfolding as it should.”

LaFollette resident Joe Bonomo is a prolific, successful artist, and is passionate about portraiture. He spent many hours in Anderson County recently photographing people in town and learning a little about them, and then going back home and creating their portraits.

To find out more about Bonomo’s art, visit bonomoart.com, on Facebook at Facebook.com/artofjoebonomo, and on Instagram at @bonomoart. This series, however, is only available in The Courier News.