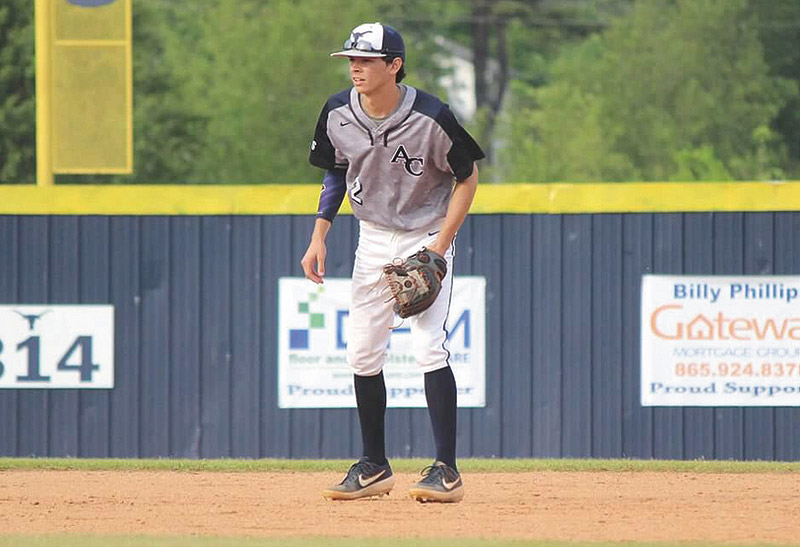 Two Central errors helped the Mavs score four runs in the first inning. Four more were plated in the second with RBI singles hit by Wilhoit and Preston Seiber. Cole Foust drove in another run with a groundout.

After Central scored three runs in the third, Lowery’s two-run single in the bottom of the inning boostedthe AC advantage to 10-3.

Two runs by Central in the fourth cut the gap to 10-5. The Bobcats scoredtwice more in the fifth to make the score 12-7.

Anderson County pitcher Jackson Muncy fired a two-hitter last Tuesday to lead the Mavericks to an 8-3 district win at Central. While limiting the host Bobcats to their two hits, Muncy pitched a seven-inning complete game as he struck out 12 and walked three.

The Mavs scored two runs in the first thanks to two walks and an error. Fox singled and scored on an error before Phillips scored with the help of an error and wild pitch,

Devin Wilcox, running for Zach Webber following his leadoff base hit, stole second and came home on Eli Varner’s double in the second. Wilhoit and Foust each singled in the third. Zack Webber hit into an infield error to score Wilhoit.

Tackett added a run in the fourth as he reached on an error, advanced on another error and was plated by Wilhoit’s single. The Mavs scored three more in the fifth as Foust, Fox and Connor Tackett advanced with a Mav hit parade.

Central scored three runs in the top of the seventh before Muncy responded with three strikeouts between six batters to close out the contest.

The Mavericks suffered a 12-5 home loss to Cookeville Thursday. A six-run third inning provided the visitors with a cushion the Mavs could not overcome. AC scored two runs apiece in the first and fourth innings and one more in the fifth.

Fox went three for four at the plate, including a double. Wilcox and Webber each collected two hits with one RBI apiece. One of Webber’s hits was a double.

Pigeon Forge handed the Mavericks a 6-4 defeat Friday during AC’s home finale. A two-run fifth inning propelled the visiting Tigers to their victory.

Fox scored the Mavs’ first run in the first when he was hit by a pitch, moved to second on Tackett’s sacrifice and scored on an infield error off Phillips’ bat.

Tackett, Phillips and Wilhoit reached in the third and scored thanks to an error caused off Lowery’s at-bat and Seiber’s walk with the bases loaded. Fox scored on an error in the fourth before coming home after Tackett caused an error.

Foust hooked up with a throw from center field to home, throwing out the runner trying to score as Webber applied the tag.

Fox went the distance on the mound, striking out seven.

The Mavs were shut out Saturday at South Doyle in their regular-season finale. The Mavs could only manage three hits – two occurring during their final at-bat.