Woman gets 30 years in death of granddaughter 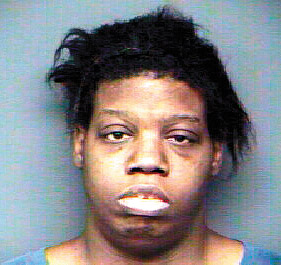 VALERIE STENSON
Valerie Stenson, 54, was sentenced to 30 years in prison last Tuesday in Anderson County Criminal Court after pleading guilty to the April 11, 2011, death of her granddaughter.

The victim was Stenson’s granddaughter, Manhattan Inman, who died at the age of two years and nine months in Oak Ridge.

“We are pleased that Manhattan can rest now that justice has been done,” Dave Clark, District Attorney General for the 7th Judicial District said in a statement following the sentencing.

“This was a very emotional case for the Oak Ridge Police Department’s officers who worked it (the case) and the Assistants in my office who prosecuted it.”

An autopsy revealed the child was malnourished and “smothering” was determined as the cause of death. Clark expressed concern about the length of time it took to get the case resolved.

“We all want these cases to move more quickly, however when dealing with a case such as this, that had several legal and evidentiary issues to overcome, we are pleased with the result,” he said in his statement.

“We anticipate this sentence keeping the defendant in prison for the rest of her life.”

Clark added, “I want to thank the Oak Ridge Police Department, the Tennessee Bureau of Investigation, and Deputy District Attorney Tony Craighead for their diligent work on this case to achieve this result for Manhattan.”