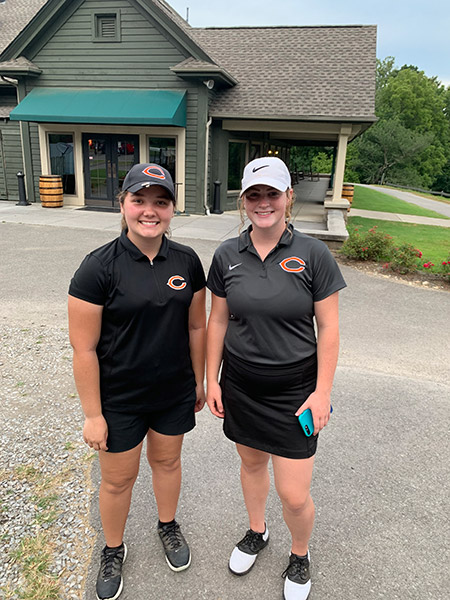 The final scores for the boys were: 184 for Oak Ridge, 200 for Clinton, and 171 for the winning team, Anderson County.

The scores for the girls were: 109 for Anderson County, 103 for Oak Ridge, and 93 for winning team, Clinton.

For the girls, who won their match by a comfortable margin, the lowest scoring player was Riley Scarbrough, with 44.

Her scored was five strokes below her teammate, Sophie Seviers, 49, and a full seven strokes behind the closest player from Anderson County or Oak Ridge.

“She has done absolutely amazing,” said Cain. “She’s taken her practice to another level and it really shows.”

their home course, for working with them regarding the students’ schedules and being such wonderful partners for the high school teams by allowing them to practice there and hosting the games.