Update on emergency repairs to road at Green Bridge

Roadway over bridge down to one lane in each direction 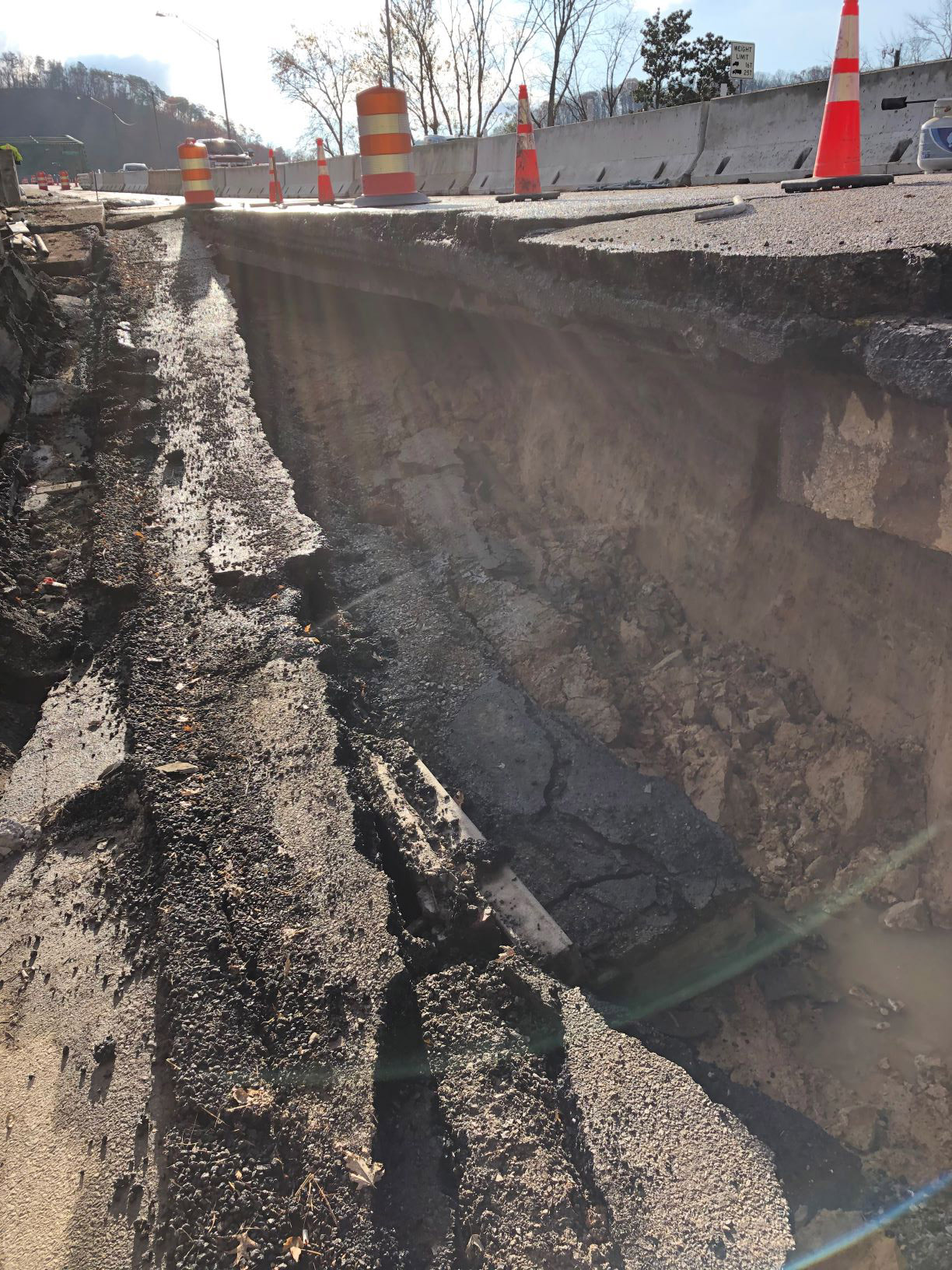 “As previously reported, heavy rains on Saturday caused a failure of the road bed on Clinch Avenue, in the northbound lanes just north of the Lewallen (Green) Bridge (the bridge is not affected by this issue, only the traffic lanes on Clinch Avenue (SR 9) near South Seivers Blvd (SR 61).

“TDOT currently has traffic restricted to one lane traveling in each direction.

“The TDOT contractor for the Lewallen Bridge replacement project, Blalock Construction, is currently working on repairs, and will continue working around the clock until the road is stabilized.

“Motorists should drive slowly and use caution when traveling through this work zone. Expect traffic back-ups and delays during peak hours for the next several days.”

Here is the previous statement from the city, released on Saturday afternoon:

“Heavy rains today have created problems on the north end of the Lewallen Bridge project, where the abutment #1 excavations are taking place.

“Erosion issues have required TDOT to close both northbound lanes on Clinch Avenue (S.R. 9) just before South Seivers Blvd (S.R. 61). Northbound traffic has been shifted over, and there is one lane open traveling in each direction across the length of the Lewallen Bridge.