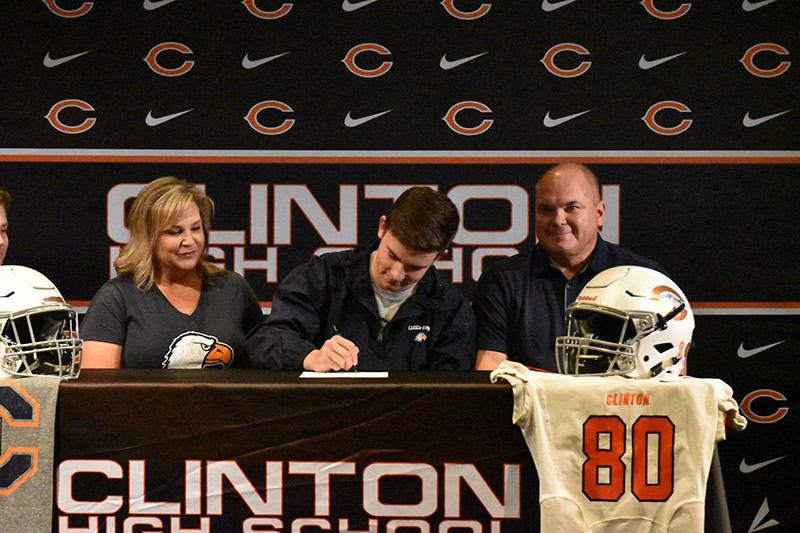 Collins says he plans to pursue a degree in nursing during his time at Carson Newman, with a backup plan in occupational therapy.

When asked what his highlight of his four years at Clinton were, Collins said he couldn’t pick.

“Just everything. It was just a good experience overall. Everyone had my back. Like if I had a good punt, everyone in the stands was cheering and it was a great atmosphere.”

Collins says he wants to particularly thank Garret Zodi, who helped him when he first came to Clinton.

“I started watching [Zodi] when I got here and we became friends and started attending camps and things. He really pushed me to where I am now.

Darell Keith, the new head football coach after Randy McKamey’s retirement earlier this year, said a few words at the signing as well.

“I didn’t have the honor of coaching Bryce, but I did have the honor of interacting with both him and his father, and they both made me feel so welcome when I came here. I’ve got to watch him on film and he’s definitely going to be an asset to Carson Newman.”