‘Dead Serious ... About Life’ to be presented at ACHS

Performances set for Saturday and Sunday 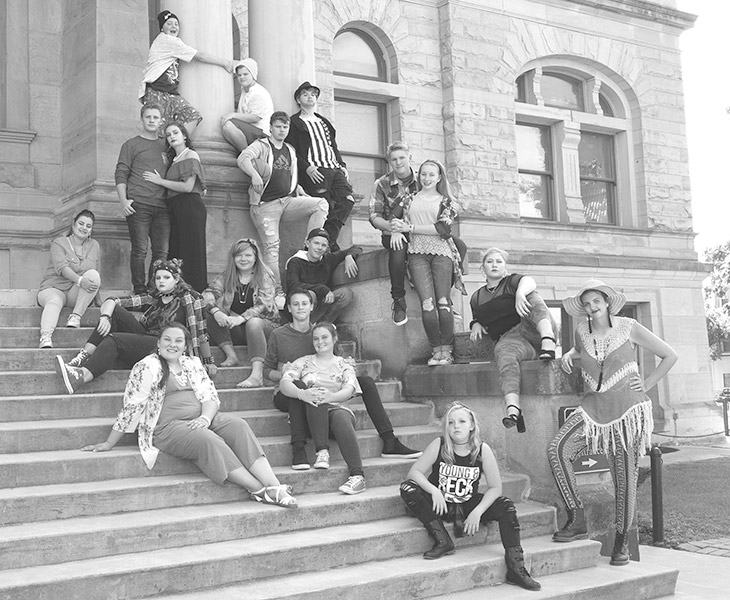 • Every four seconds, a teenager will attempt suicide

• Each day, 2,989 kids find out that their parents are getting divorced

• 1 in 5 teens say they have purposely injured themselves

• nearly one in five teens has tried prescription medication to get high.

These statistics are alarming! If you have teenagers, you know the daily pressures and issues that they face are enormous. Where do you begin? How do you help them? Well, there is a group in the Cincinnati, Ohio area who have something that can reach out to hundreds of junior high and high school students. And it is coming to Clinton, Tennessee. and will impact hundreds of students!

Mishpachah, Inc. is an auditioned group of high school students from Cincinnati and the surrounding, area who participate in this community non-profit organization.

Since June of 1989, the group has been performing the production “Dead Serious...About Life” which deals with many issues that teens have to face every day.

The underlying subject matter is teenage suicide. The organization and various students got together and wrote the script. The music and lyrics were written especially for Mishpachah by Mr. Jay Banks.

“Dead Serious...About Life” is a production written to appeal to teenagers. It is upfront...it is blunt...it is life.

The story begins at Spencer and Stephanie’s house. Mom and Dad have left for the weekend, so let the party begin! Throughout the course of the evening, you will meet the characters with their different personalities, their numerous problems and their view about their lives.

“Dead Serious” will expose us all to the issues of abortion, alcohol, bullying, drugs, religion, self-esteem, sex and suicide...issues that all too often we don’t want to talk about or face. Well, hang onto your seat, ‘ cause this production cuts it wide open. It will make you laugh, cry, hurt, fear and feel...but most of all “Dead Serious” will make you take a second look at life.

The group has performed this production for more than 150,000 people and has counseled over 10,000 young people following their performances.

Not only has this ministry changed the lives of those teens who participate, but thousands of others who have had the opportunity to see the production.

For ticket information about the performance at Anderson County High School, please visit the website, www.mish-inc.com or call 513/459-7268. Tickets are $6 in advance and $7 at the door. Tickets will only be pre-sold until 5 p.m. Thursday, Feb. 13.

People are advised to purchase tickets in advance.