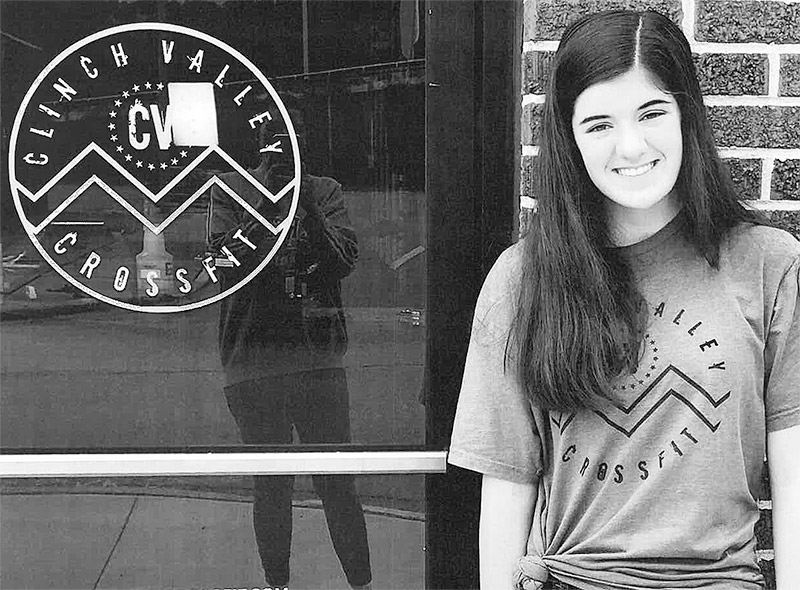 Gary Terry, athletic director at Anderson County High School where Erin Cantrell is a starter on the volleyball team, had this to say about her accomplishments:

“Erin works hard at all she does. She didn’t need to know how to CrossFit, she just needed someone to turn her loose with it. She is on a championship volleyball team and knows how to compete. I’m not surprised that she found CrossFit, and worked her way to the top.”

What makes Erin’s victory so impressive is that not only was this her first CrossFit competition, she did not train any prior to participating, and dominated in all of her events.

According to David Smith, owner of Clinch Valley CrossFit, the “Support Your Local Box” fundraiser was a multi-division international competition where the registration fees were sent to support local CrossFit affiliates.

The competition consisted of three workouts, each with multiple movements, over three weeks, and the total score determined the winner.

“Erin Cantrell dominated her division finishing second in the first two events and winning the final event, which left her with a total score of five,” Smith said. “That was 12 points ahead of the next-closest competitor.

“During the three-week competition, Erin demonstrated extreme hunger and work ethic as she attacked and executed her plan for each event, which left her standing atop the leader board.”

“Dail entered his second year of CrossFit in March 2020, and his relentless commitment to consistency and dedication over the last 12 months paid off as he led his division in weeks one and three with first-place finishes, and landed a Top 10 finish in week two.

“It was an absolute pleasure to see Erin and Dail complete each workout together in true CrossFit spirit, encouraging and pulling for one another while showing our community a real life example of what it means to be a family of hungry and happy people.”

Although new to CrossFit, Erin’s recent success has helped her decide to begin seriously training to continue to compete. Since winning, Erin has received congratulatory messages from her fellow competitors from across the world.

Erin’s father is the longest-tenured high school coach in Anderson County, and has coached at the high school or collegiate level for over 35 years and only recently discovered CrossFit.

He had the following to say about his coaches: “Coach Smith, Coach Rhea, and Coach Wilson have been amazing to work with. I have had multiple surgeries, including a complete reconstruction of my right leg, and they were extremely patient and encouraging with me, as well as all of the athletes who train at Clinch Valley CrossFit in Clinton.

“They encouraged me to compete in this competition. We are a family. I was not surprised that Erin would be so competitive. In all the years that I have coached, she has greater stamina, and is as fierce a competitor, as any athlete that I have ever had.”

Clinch Valley CrossFit opened in March 2019, and is located on Market Street in Clinton.

It is open for all age groups, and offers experiences for people who simply are wanting to get into better shape, or who are serious about competing, like Erin Cantrell.