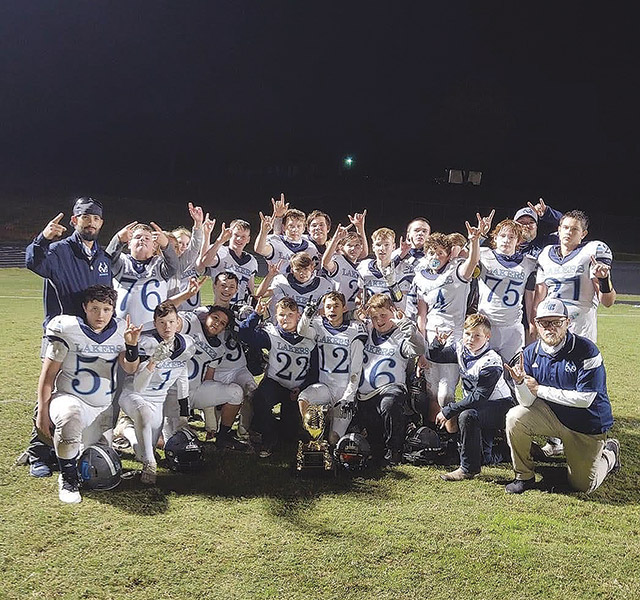 The Lakers gather with their coaches and the championship trophy
Lake City Middle School earned its second 3-A football championship on Saturday (Oct. 31) when it beat the Jacksboro Eagles 42-20.

“The boys played hard. We got the ball at the start of the game and never looked back. Scored a touchdown on the third play.”

Idles said that they were expecting a hard game out of Jacksboro, and they weren’t disappointed.

“Defense came out to play,” Idles said. “Jacksboro has a high-powered offense, and I think our boys did well against it.

“We forced, I think, four turnovers. Our boys were just clicking on all cylinders. Not bad for a group of 19 kids showing up to play.

The coach also said that it was a “big night for Anthony Carnicholas rushing the football, and a big night for our do-it-all quarterback, Trent Strickland.”

The Lakers finished the season with a record of 8-3.