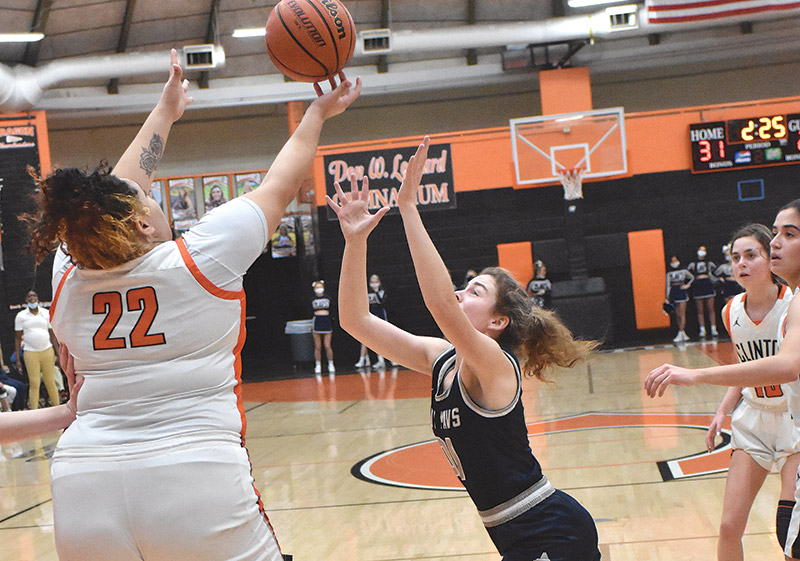 Alicia Phillips, head coach for the Dragons, said it was a rough win, but those count.

“We definitely didn’t play our best game, but I’ll take it. It’s tournament time, so a win is a win. Anderson County shot the ball a lot better tonight, but we had some huge miscommunications on defense that gave them some wide open looks.

She said the players all played well, despite the miscommunication, and she’s happy to see Lydia Meldrum and Belle Starnes stepping up.

“Sarah Burton played well, Jaz Moore didn’t get as many points inside as normal, since she’s starting to get double-teamed. I thought that Lydia Meldrum and Belle Starnes stepped it up offensively. Naiyah Sanders had a great game all around with blocks, assists, and everything. She ended with ten, but had a great all-around game.”

Nicky Anosike, head coach for the Mavs, said the loss was disappointing.

She also congratulated some of her younger players and thanked them for their effort through the season.

“Jaylynn Bullock was really good for our team. We asked a freshman to step up as our starting point guard, and that’s not easy. She didn’t have a mentor to teach her how to be great. She had Kylee Alvis, but Alvis was also trying to learn as she was leading. Still – she’s impressed me a lot with her leadership. I thought she had a good season. Emily Mustard is in the same situation as Jaylynn. It’s not the best situation to have freshmen starting on varsity.

“It all boils down to: We just didn’t have the experience. I wavered back and forth all season as to whether I was being too tough on my players, but now, I know, I was never too tough. I was just preparing them. I think it’s because I never took my foot off the gas and never quit pushing them that we were able to compete here tonight.”