Mosaic Run is set for April 10 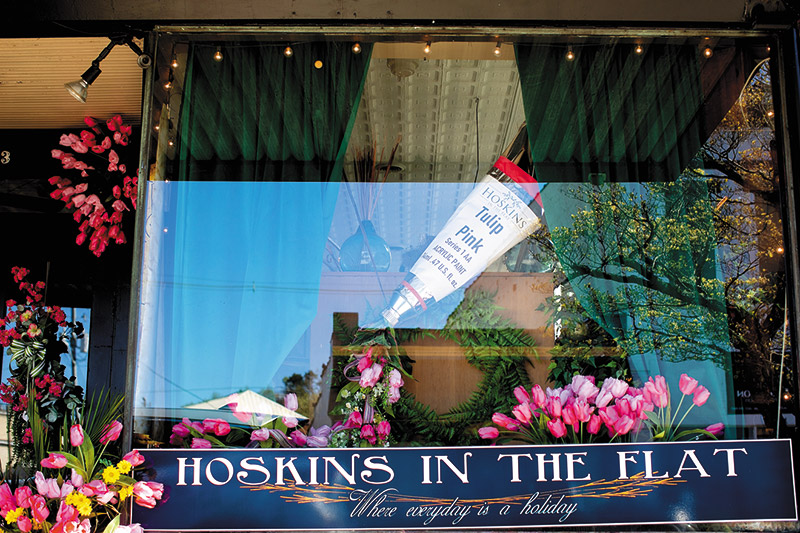 The window at Hoskins in the Flat is decorated for this weekend’s Mosaic street festival and Art Trail on Market Street downtown.
The Mosaic Run will be held on April 10.

It will feature a 5K Color Run and a One-Mile Color Run to benefit CCS and ACS arts departments.

Those runs begin the all-day event which includes music, dancing, an art walk, a fashion show, face painting and more.

The event will be held from 8 a.m.-4 p.m. on Market Street in downtown Clinton.

Spring is now upon us and track, swimming and bowling are underway for the Clinton Blaze and Lady Blaze.

Practices will be held on Tuesdays and Thursdays.

Blaze Bowling League: The Blaze’s intramural league is now underway and in its third season. The league is coordinated by coach Tammy Thatcher and teams include The Turkeys, Gowen, Fornite Card; McDonald’s, the Dragons, Sunny Day, Hyperid’s, Flop, Gutter Central

Tennis Clinic: Stamey said that the tennis clinic is open to players in Grades 4-6.

It began April 5 and will be held on Mondays and Wednesdays throughout the month of April. The clinic instructors include Ernie Brooks, Megan Flora and Stephen McNally.

Flora played at Knoxville Catholic High School and Lee University. Brooks serves as the tennis camp director at the Boys and Girls Club and McNally is a former player for Clinton High School.

Players must wear tennis shoes and comfortable clothing and bring a water bottle. Players who own racquets are encouraged to bring them. But racquets will be provided for players who need them.

Registration fee is $20 and players may buy a t-shirt for an additional $15.

Soccer Clinic: The Blaze spring soccer clinic will begin on April 7 and will be run by Knoxville Area soccer pro Chris Carroll. Camp sessions will be held on Wednesdays from 3-4:30 p.m.

Cost for the clinic is $90 per player and the camp will stress fitness, fundamentals, speed, agility and soccer skills.

The clinic is open to players of all skill levels and beginners are welcome.

Blaze and Lady Blaze continue to get community support: Stamey said that fundraising for the athletic program continues to flourish despite financial hardship caused by the Coronavirus pandemic.