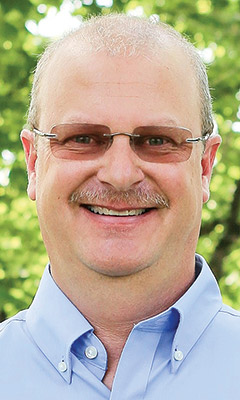 Ridenour currently resides in Andersonville, along with his wife of 25 years, Pam. Ridenour is employed as a police officer with the city of Oak Ridge and is a former Anderson County Sheriff’s Department chief deputy.

Ridenour has served with the Oak Ridge Police Department since 2008. His assignment for the past seven years has been as liaison to the Department of Energy.

Prior to working for Oak Ridge, Ridenour served with the Sheriff’s Department. Ridenour served as a reserve deputy and corrections officer before eventually advancing to the rank of chief deputy.

In that role, Ridenour oversaw daily operations for the nearly 170-employee organization. He has undergone extensive background investigations and holds two current security clearances. He has served on numerous boards and committees and currently serves on both the Anderson County Conservation Board and the non-profit Little Ponderosa Zoo and Rescue board.

“I am pleased and honored to announce my candidacy for Anderson County Circuit Court clerk,” he said. “During my nearly 30 years of service to the citizens of Anderson County, I have gained an understanding of the complexities of city and county government including its capabilities and limitations.”

“The Circuit Court clerk ensures the efficient operations of state courts by maintaining dockets and records and handling administrative matters.

“More importantly, the position serves as a good will ambassador to the public. I believe I am the better choice to be your next Circuit Court clerk, while continuing my public service, not as a career politician, but as a career public servant with a proven record of accomplishments.”

“As an advocate of term limits, if elected, I commit to a two term limit. In doing so, it safeguards public service from those who seek to exploit it for personal gain.

“My experience as an administrator and working within our state courts, while prosecuting hundreds of my cases , has garnered me familiarity and knowledge of the operations of the clerk’s office, as well as the shortcomings, particularly that experienced by law enforcement. Knowing firsthand the burden placed on law enforcement and their respective agencies, I pledge to make the process easier for all involved parties. This is not a new concept, and in fact, was listed as a ‘key goal’ nearly four years ago by the incumbent clerk. If elected, I will fulfill that promise and create probable-cause clerks to be available to our area law enforcement agencies at all times.

“I look forward to a positive campaign, meeting citizens and tackling challenges”