September 8, 2021 by Ken Lay Special to The Courier News 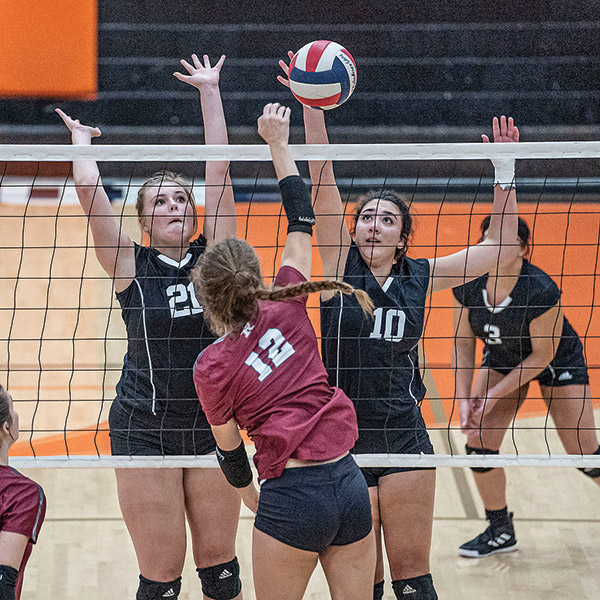 Clinton’s young team has gotten support from its fan base all season, according to Johnson, who previously coached high school volleyball at Soddy-Daisy and Knoxville Central.

But on this night, the pesky Lady Dragons (6-4 overall, 3-3 in District 3-AAA) really gave their fans reason to cheer as they won the first two sets against the Lady Cougars before experiencing a hiccup in Game 3.

The Lady Dragons also posted a stellar game in the back row. McKenzie Crisp, Clinton’s freshman libero, had 30 digs.

“She was all over the place,” Johnson said of Crisp.

Johnson lauded the effort from all of the Lady Dragons, but had high praise for Majors, a senior outside hitter.

“Jordyn just played the game of her life,” Johnson said. “She had six kills, one ace and eight digs.

“She was just outstanding.”

Murrell was also Clinton’s leading blocker as she came up with six stuffs. Brummett came up with five blocks.

Meanwhile at Anderson County: the Lady Mavericks dropped a pair of matches last week as they lost to Farragut and Oak Ridge in non-district contests.