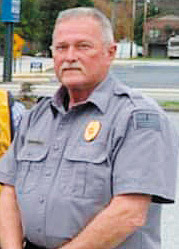 Following a public hearing, the council voted unanimously to pass on second and final reading an ordinance to rezone the parcel, adjacent to Sharp Drive, to give the RV park direct access to Highway 116.

That change follows a rezoning ordinance the council approved in August on an adjacent lot on Sharp Drive from R-2 (High Density Planned Residential Development District) to C-2 as part of the property for the planned RV park.

Mayor Tim Sharp said during Thursday’s meeting that the developer was told the property for the Highway 116 access would be required before the city could approve the RV park plans, as city officials did not want RV park traffic using Sharp Drive, which is a residential area.

No plans for the RV park have been submitted to the city’s Planning and Zoning Commission yet, and no building permit has been applied for, City Manager Michael Foster said.

In other business, the council was told that the city will sponsor a Halloween “trunk-or-treat” event in the downtown recreational complex beginning at 5:30 p.m. Friday, Oct. 22, with most of the activities set up around the track.

Foster said the family-oriented event would include bounce houses, hayrides, an outdoor movie, and other activities. The Kona Ice food truck also is expected to attend, he said.

Police Chief Jim Shetterly told the council about a “Three Stars of Tennessee” award given posthumously in the name of the late Rocky Top Fire Chief Ronald “Ronnie” Gene Spitzer by the Tennessee Department of Safety and Homeland Security for “sacrificing his life” in the line of duty.

Spitzer died Jan. 13 from complications of COVID-19, which the award says he contracted after responding to a medical emergency involving a COVID patient on Dec. 11, 2020. Spitzer and a fellow Rocky Top firefighter got the virus from their contact with the patient, and that cost Spitzer his life, the award stated.

The Nashville ceremony honored seven first-responders with the Three Stars of Tennessee Award, which recognizes public servants who have sacrificed their lives or suffered career-ending injuries in the line of duty.

“This event is special and important to the Department of Safety and Homeland Security,” Long said. “Especially during these trying times, we are incredibly grateful for our brothers and sisters in law enforcement who have made the ultimate sacrifice to serve the people of Tennessee. Our hearts go out to their families and loved ones and we are honored to present them with this award.”

During the ceremony, 18 people were given special First Responder awards for their heroic actions.