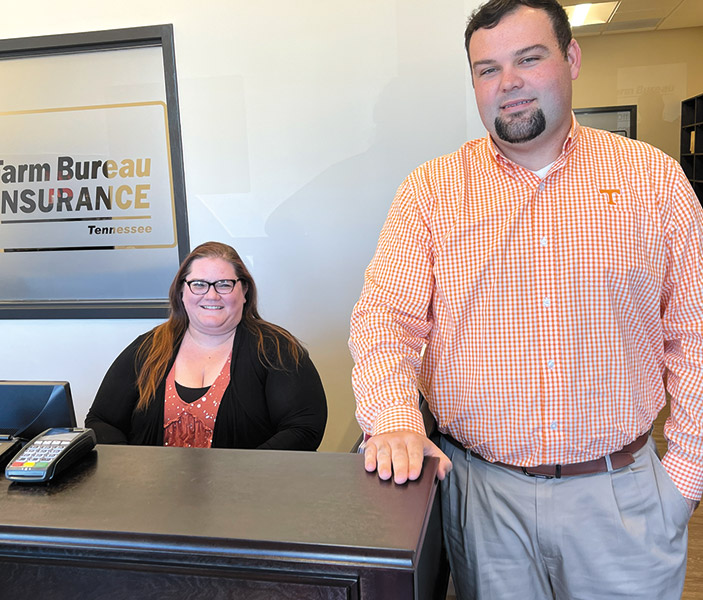 It is staffed by Galloway, who is the resident agent, and Emilee Bradshaw, who is the customer-service representative.

Galloway said he expects to need to add a second agent and perhaps another customer-service representative within a year or so,

“Our idea was to provide a more-convenient location for our members on this end of the county, including Norris, Andersonville, Heiskell and Rocky Top,” he said. “We’re here to capture the growth on this end of town.”

Before taking over the new agency, Galloway worked in the Farm Bureau’s Clinton office in South Clinton for nearly five years.

A Clinton native, Galloway is the son of Brian Galloway, who is chief deputy of the Anderson County Sheriff’s Office.

He graduated from Grace Christian Academy in Knoxville, and holds a bachelor’s degree in business administration from King’s University in Bristol.

Galloway’s wife, Keri, is a pharmacist at Tennova’s LaFollette Medical Center. The couple has a 19-months-old son, Mack.

There are multiple new residential subdivisions with hundreds of new homes being built within a short distance of the new location.