Lady Jaguars have experience, depth and desire to learn 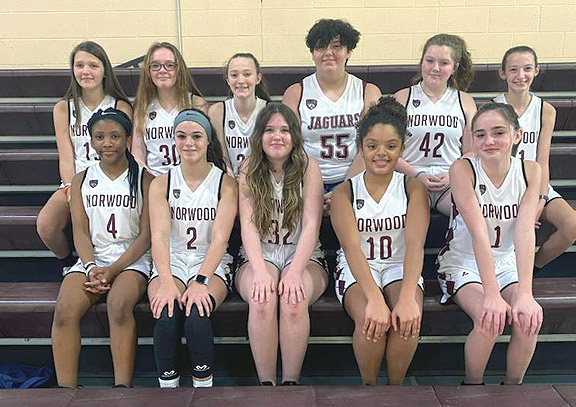 Coach Morag Meredith is stepping into her first year as head coach, but has been on the sidelines as an assistant for the past two years, so she’s familiar with the team.

This season the Lady Jaguars have some big post players, a very solid point guard, and some depth with five eighth- graders and a bevy of seventh-graders.

“I’ve a good, solid group of eighth-graders,” Meredith said. “Kids who are coming in, working hard, and trying their best.

“They’re going to put out that effort and set an example for the younger kids.”

One of those eighth-graders is Jaylen Bridges — the team’s floor general.

“She works hard every time she’s out on the court. We’re really going to rely on her leadership.”

Faith Johnson is another eighth-grader whom the coach is looking at to provide leadership.

“She’s a hard worker,” Meredith said. “She’s someone else who’s going to give you everything she has. Someone for the younger girls to look up to.”

The Lady Jaguars also have some good size, and that may prove to be the team’s bread and butter as the season progresses.

“We’ve got some good size with our girls,” Meredith said. “I think that will work out for us.”

Meredith is excited because she has some depth to the squad.

“I’m excited about a good amount of younger kids,” she said. “They’re excited to learn, willing to learn.”

The Norwood district is a good, solid district.

What other teams have is never up to the coach facing them, but knowing it’s going to be tough-sledding helps.

“We’re going to work as hard as we can and that’s how we’re going to show off what we can do,” Meredith said.

“The kids are giving 100-percent and that’s all I can ask from them.”