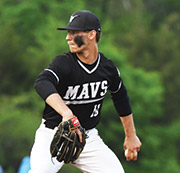 ACHS takes 2 of 3 from Clinton.

The Clinton Lady Dragons improved their record to 11-4 with a 59-58 win over visiting Seymour last Tuesday.

“They [Seymour] shot it real well and we didn’t defend well in the first half,” said Alicia Phillips, head coach of the Lady Dragons.

The Lady Eagles opened with a huge lead early, going up by as many as 20 points in the first quarter. Belle Starnes scored five of Clinton’s six first quarter points. Scoring improved for the Lady Dragons in the second quarter as Sarah Burton added nine points but Clinton trailed 36-19 at the half.

The third quarter was huge for the Lady Dragons as they clawed their way back into the game. Ally York scored eight points while Burton and Sydney Herrell each scored five to help Clinton pull to within six points at 45-39. The Lady Dragons worked their way into a tie score in the fourth quarter and then took the lead with one second left on the clock when Starnes was fouled on a drive and shot in the paint. She knocked down her second free throw for the win.

Burton led all scorers with 27 points.

The Lady Dragons (11-4, 3-0 in the district) visit Fulton on Wednesday at 6 p.m. The game was postponed from last Thursday due to weather.

They host district rival Anderson County (5-2, 2-1 in the district play) on Friday and visit Cocke County on Monday. Tip-off is 6 p.m. for both games.