A win is a win, unless the coach ain’t happy 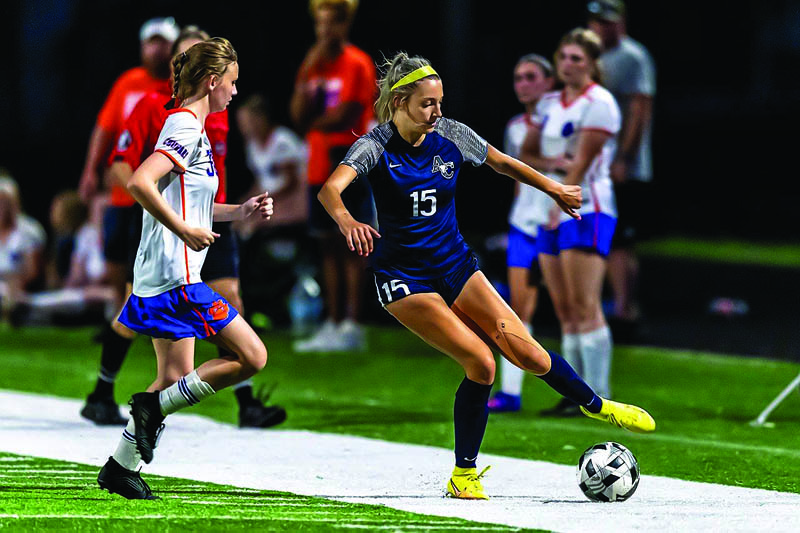 “We won the game, but I’m not happy,” Curtin said after the Lady Mavericks shut out Campbell County 2-0 in a non-district home match. “We just didn’t do what we do.

“I didn’t feel like we did the things we do best.”

The Lady Mavericks (5-6 overall, 2-0 in District 5-AA) got goals from Zoey Rose and Victoria Laster. Olivia Madron and Renee Wilson dished out assists for Anderson County. Both markers came from long range and were shot from approximately the same spot on the pitch.

“I thought Campbell County did a really good job shutting down our scorers,” Curtin said. “Both of our goals came from about 25 yards out, from about the same spot on the field.”

The Lady Mavericks opened play last week with a 2-0 district victory over Scott on Tuesday, Sept. 13 and Curtin was a bit more upbeat after Anderson County blanked the Lady Highlanders.

“That was a big road win for us,” he said. Scott always plays us well and that’s a big rivalry for us. It’s always a tough, physical game and I was really pleased.”

Emma Leander scored both goals for the Lady Mavericks. Laster was credited with an assist on the first marker of the match and Rose dished out a helper on the insurance goal.

After each game, the coach asks his players to vote on the best player of the match. For the first time, two players split the vote for the honor. Leander’s two markers made her an obvious choice. But she would share the distinction with Madron, a freshman midfielder.

Curtin said that Madron’s recognition from her teammates was well-deserved.

“Olivia has really stepped up in the midfield,” Curtin said.

ACHS played Kingston Tuesday with the district’s regular-season title hanging in the balance. Results were unavailable at press time.