A lone voice speaks up in the void 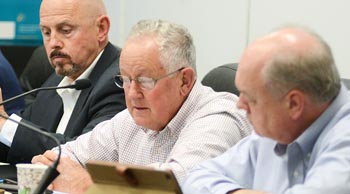 It came early and it took the wind from sails out of what a lot of people were expecting: Discusssion on alleged misconduct by Anderson County Circuit Court Clerk William T. Jones.

Mead asked the Commission to table all talks on the matter, as requested by “outside legal counsel.

The motion was seconded and approved, with one “no” vote.

“I voted ‘no’ because the citizens of Anderson County want some answers … “Commissioner Jerry White began, but was cut off by Mead.