A ‘Gentleman’s gentleman’ leaves us 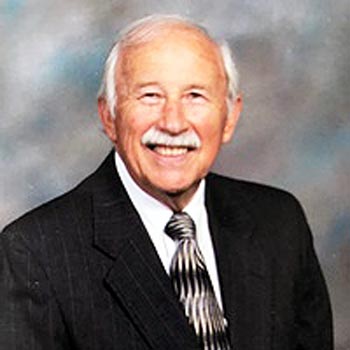 He served his neighbors as a City Councilman, City Mayor, and as member of the Tennessee Municiple League.

His city, his family, people he would meet on the street.

“He had this smile, just one of those smiles that grabbed you, made you feel at ease and fell welcomed,” former Clinton City Councilman Jerry Shattuck said.

For eight years Shoopman and Patton’s service to the citizens of Clinton overlapped.

Patton was a member of the Council that oversaw the emergence of Green McAdoo Cultural Center as a focal point in the city’s self-recognition for its part in the Civil Rights movement and as a leader in desegregation.

“Harry lived though that,” Shoopman said. “He was a vital part of what we did. It meant a lot to Harry to be able to recognize The Clinton 12 and what they accomplished.”

In Keith McDaniel’s documentary, “The Clinton 12,” Patton gives an emotional testimony about being a young man during Clinton’s desegregation.

“He meant it. Harry was deeply affected by what happened at that time,” Shoopman said.

Patton’s “Clinton life” grew through generations of simply caring about the people around him.

“My fondest memories of Harry Patton were during my childhood. The Pattons had a cabin at Norris Lake near Stardust Marina, and my family had a houseboat at Stardust. I have great memories of our families getting together during the summer at the lake to swim, ski, or to grill out,” Clinton Mayor Scott Burton recalls.

“Regardless of what we did, we always had a great time together. I never remember Harry not having a good time, he was always smiling and always happy to see you.”

Patton may not have had to put much effort into having fun — he could pull out a smile at anytime, another Clinton man, Alvin Taylor said — but he also carried his “ease” into affairs that would affcet the city he held dear.

“Harry Patton was a true Gentlemen, he represented Ward 3 which is mainly South Clinton. He served briefly in 2001 as Mayor after the passing of Mayor Frank Diggs, Houck said.

“It was a pleasure to work with and for Harry, he always made the needs of the City a priority of his own. The City of Clinton has had many dedicated leaders and Harry Patton was one of them and he will be missed,” he continued.

Shoopman recalled Patton as a man who had a feel for hid fellow man.

“Because he knew the community is you. He was very much in touch in what Clinton is about.”

Scott Burton, who knew Harry Patton as a young man, grew up to be a city leaer in his own right and still recalled fond memories of a man who stood for “his city.”

“As an adult, my friendship with the Patton’s grew. I was always impressed by Harry and Ann’s involvement in their church and being involved in their community. You always saw the Patton’s at community events,” Burton aid.

St. Mark is the Pattons’ “home church” and the many events held there throughout the year will not be the same without “Mr. Patton.”